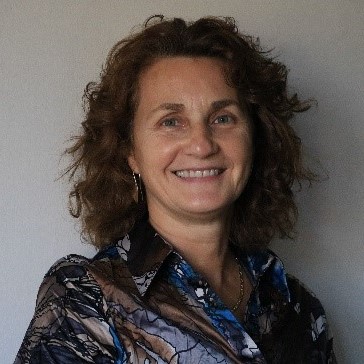 Beverley has worked with Welsh Triathlon since September 2011. In March 2015 she was appointed to the role of Executive Officer. Her interest in the sport sector followed a career in the Oil and Gas/Mining exploration industry.   She is an active club triathlete, starting in 2011 as a novice, and has now completed numerous triathlons including long distance triathlons. 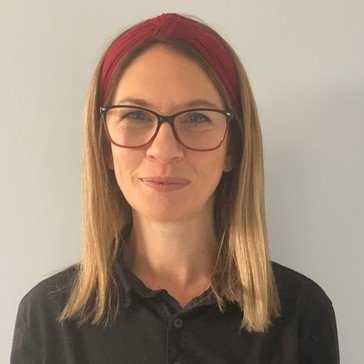 Amy was appointed as Workforce Officer in September 2017 after working for 2 years as Office Administrator . Her role is to provide day to day contact with the membership and the Welsh Triathlon workforce. Amy currently leads on the coach education programme in Wales, delivering an annual programme of coach education courses, activators courses and CPD opportunities for our volunteer workforce (club, coach, event, tutors, and officials). Amy has most recently been part of the development of a Physical Literacy schools resource for teachers. The course is designed to empower teachers to deliver triathlon activities in key stage 2 underpinned by physical literacy by being motivated, confident, competent and inclusive organisers that instill the same values in their school children.

Amy Is the Safeguarding Lead Officer and an UKAD Accredited Educator for Welsh Triathlon.

Amy first volunteered in traithlon back in 2002, even though she has been involed in the sport for 20 years it wasn't until 2014 that she completed her first triathlon in Vichy, France and has been racing ever since. She has a real passion for encouraging others to get involved in triathlon and can be very persuasive, she has even set up her own Triathlon Club in 2017 and was club chair untill 2020,  Amy is also a qualified level 2 Triathlon Coach. 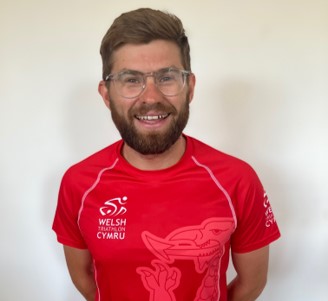 Gwyndaf has a passion for sport and for the past 5 years has led on community sport projects within Wales through both his roles as Rhondda Cynon Taff (RCT) Youth Officer and Coleg Sir Gar Welsh Language Officer. Gwyndaf has a good working knowledge of the sport of Triathlon. He is a triathlete and has previously volunteered at events for Welsh Triathlon, such as the schools GOTRI in Carmarthen and attended the activator course to assist with his role at Coleg Sir Gar. Most recently he attended the Welsh Colleges duathlon with the media team from Tinopolis to create a report for Heno S4C.

Gwyndaf’s role includes the facilitation of our GO TRI and Tri Active Cymru program ensuring that there are entry level opportunities to take part in triathlon. Gwyndaf’s role also includes providing vital support to our vast club network and engagement with new triathlon clubs in Wales. Gwyndaf also works alongside the Home Nations on the development of our membership packages, ensuring they are fit for purpose and serve the triathlon community in Wales. 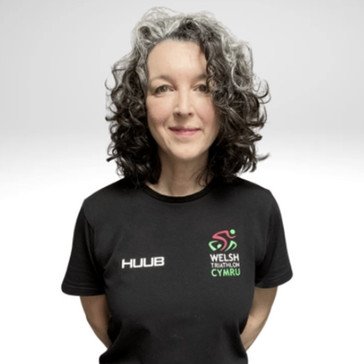 Zoe joined Welsh Triathlon in March 2022 following careers spanning health and safety and antisocial behaviour as well as community and sports development. Zoe also used to assist with the running of surf lifesaving competitions as a volunteer. Her role with us is to support the delivery of the domestic triathlon calendar, providing support where needed for commercial and club event organisers, ensuring that the events taking place across wales support our participants and membership. An avid fan of triathlon, Zoe has participated in a triathlon herself but prefers the role of enthusiastic supporter. You can usually find Zoe on a netball court, paddleboard or swimming in open water. You will however see plenty of Zoe across our domestic events calendar. 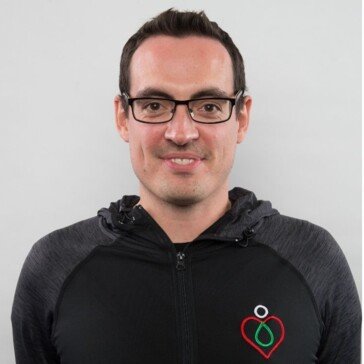 Luke has been the Welsh Triathlon Performance Coach since 2017. Primarily based in Cardiff, he is responsible for running the National Triathlon Performance Centre Wales (NTPCW), a joint venture between Welsh Triathlon, Cardiff University and Cardiff Metropolitan University. He also supports Welsh Performance athletes from junior level through to Commonwealth Games delivery, and works closely with Louis & Vicky to provide opportunities throughout the pathway. Prior to this role, he was assistant coach to the Olympic and Paralympic World Class Performance Programmes in Loughborough. As an athlete, Luke competed as a guide for visually-impaired paratriathletes at international level, and represented Great Britain at the World University Championships. 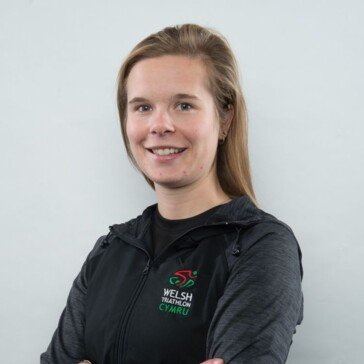 Vicky started as the Development Coach in October 2018. Vicky's role has recently evolved to become full time lead coach for Pathway activity in Wales. This includes leading on the Welsh Triathlon Academy Programme for Youth and Junior athletes, delivery of the Regional Training Day programme for TriStar and youth athletes and supporting our club coaches working within the Pathway. She has a degree in Sport and Exercise Science from Loughborough University where she was also an athlete in the High Performance Squad. Vicky has been coaching since 2015 within a range of roles such as local junior/senior clubs, Loughborough Students Triathlon Club, East Midlands Academy and triathlon specific swim schools.