A Year In Lockdown or The Summer of Fun

Let’s be honest, lockdown sucks. Triathletes, by definition, are active people. Our sport takes us onto the streets, the hills, fells, mountains, lakes, oceans and, although it’s an individual sport, more often or not our best times are spent with others: hanging on the lane rope in the pool, chatting rubbish at the coffee shop on a summer’s bike ride, or chewing the fat with our training partner as we pound out the long steady run, club-run nights trying to beat our mates on intervals, getting to the top of the climb first, or meeting friends old and new as we rack up in transition. Then it’s all gone. 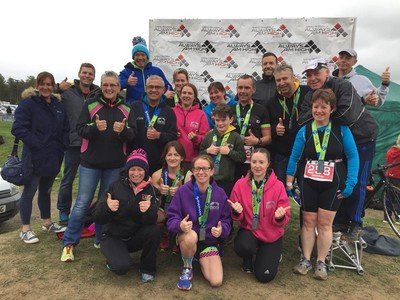 As a club, what could we do? We had long-established routines and structures in place. Sunday’s club swim and bike, Mondays and Thursdays club run, Wednesday nights’ winter turbo. Outside of the club, there were local staples: the Tuesday night Conwy Valley chain-gang; Saturday’s Conwy Park Run; meeting with friends for open water swims in the sea or Llyn Padarn, Geirionydd or Mymbyr. In a way, we took all these activities for granted, both as a club and personally. They filled time; they ticked boxes as training is done —building blocks to being both a triathlete and a triathlon club. There was a sudden, unavoidable void in all of our lives. 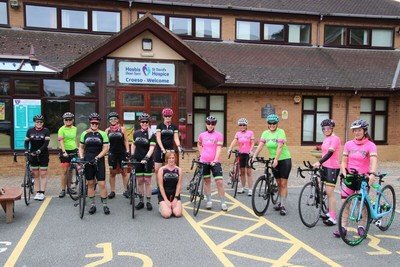 Love it or loathe it, social media became our saviour. It’s always played a large role in keeping us together and reinforcing the feeling of community and belonging that sprang up from the inception of our club. Now it had to stand centre stage as it pretty much was our only option to stay in touch. Why did we need to keep in touch? A club is a community, it’s a team, even an extended family, and as with any successful collective, you have to look out for each other. It’s more than sport, it’s more than activity, it’s more than trophies or accolades, it’s making sure people are ok, giving them a chance to think of something other than a worldwide pandemic, their future, job security, the health and wellbeing of family, home schooling the kids, or the loneliness of being stuck at home alone for weeks on end.

So began a series of challenges… The swim hat challenge, the wetsuit challenge, press up challenge, handstand challenge, to name a few. We actually ended up with challenge fatigue, such was the take up from members. Our social media feeds were awash with people laughing, gurning, contorting, and smiling. Simple fun ideas ignited the competitive spirit that lies within us all; it got people involved and helped reinforce the bonds of community that exist within our club. Prior to lockdown, in the old world, our Social Secretary Carlo had started a monthly Sunday Night Social. It was a complex idea that involved going to a pub, on a Sunday, with Carlo. Social perfection wrapped up in a layer of simplicity. This needed to be tweaked and rebranded for our new locked-down world. We started with The GOG Big Friday Night In. We asked the GOGeratti to check in on a Live Social Media feed and say hi, tell us how their week had been, or to share a funny story. A guest couple from the club hosted each evening, reading the comments out as they rolled in—imagine the strangest ever episode of The Final Score and you get the idea. Surprisingly, it worked very well! Many laughs were had, and it got people connected. 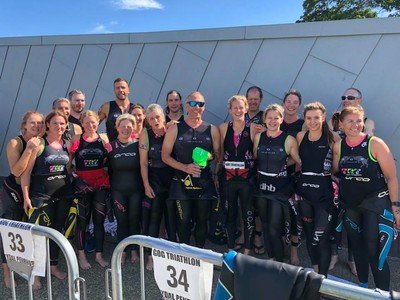 The year rolled on, and we returned to a degree of normality. Group Club run sessions resumed, albeit socially distanced and with a new online booking system in place. Sunday morning swimming came back, again with a new booking system, then with the welcome smell of chlorine, we ploughed up and down the lane, back in the moment, triathletes with a purpose once again. The Christmas lockdown has been a little harder. It came on us quickly and although there were signs it was coming, we didn’t want to believe that it would arrive. Still, members came up with great ideas that got people involved, for example, Run Every Day in December and treasure hunts where you had to find items on your run or ride (from your door obviously) of which the first letters would spell a chosen word—all great fun and kept people active.

I can’t really talk about this year without mentioning the Welsh Grand Tour: The Welsh Triathlon Virtual Event of the Year organised by Henry Wright of Summit Fitness. I appreciate virtual cycling isn’t for everyone, for numerous reasons, but for many of us in our club, the series helped keep us fit and sane. It’s also deepened bonds between clubs in Wales with a lot of fun and banter had. To put it simply, it was brilliant. Now the New Year has rolled in, we’re upping our Social Media engagement once more, initially by introducing our members to the committee via some really nice mini photo bio’s. Our coaches and activators are next and we’ll then move onto our members, so there is plenty of content to come. We’re keeping our athletes motivated with the GOG coaches posting twice-weekly run sessions for members to follow, but I think more than anything, we are now looking forward to the resumption of some form of normality in the not too distant future. 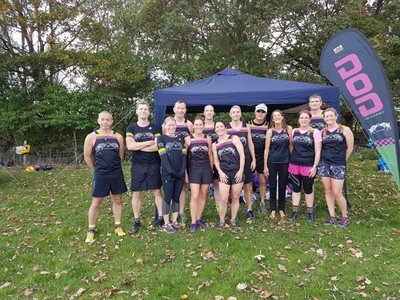