Fishguard Harbour and its changeable weather was the venue of this year’s Welsh Middle Distance Championship.

Fishguard Harbour and its changeable weather was the venue of this year’s Welsh Middle Distance Championship. From shorts, shades and suntan lotion on Friday, to quadruple layers and bobble hats on Saturday, Challenge Wales 2022 doubled up as Welsh Triathlon’s middle distance championship race on a course that many athletes described as “brutal”.

There was a great atmosphere at the event delivered by Activity Wales Events, with a live DJ getting athletes and spectatorsin the mood for the day. Clubs turned out in force; there were 122 clubs represented with Porthcawl Triathlon Club having the largest contingent.

The wind definitely made its presence felt for the race on Saturday which saw amateur athletes race against a professional field that included Great Britain’s Tom Bishop and Australia’s Aaron Royle who took first place overall, smashing Ben Goodfellow’s existing course record of 4:04:07 of by over 12 minutes. But our Welsh athletes held their own.

The Senior Male podium was completed by Dominic Taylor from Porthcawl Triathlon Club in second place with Will James taking third. 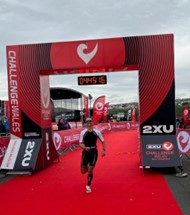 Our new Welsh Senior Female Champion is Hannah Munday who came fifth overall in a time of 4:45:16, beating a number of pro athletes in the process. Second was Bethan Lance from Jinx Sport with Rebecca John of Porthcawl Triathlon Club securing the final podium place.

The ladies veteran category was closely fought with Emer Sandham from GOG Triathlon Club topping the podium ahead of Deb Bowen in second and Natalie Richards from Trizone in third with less than nine minutes separating the three.

Our oldest competitors of the day faced each other in the men’s super veteran category with Stephen Glynn of Pembrokeshire Triathlon Club taking the honours ahead of Dave Walker from Cardiff Triathletes in second place.

A special mention to Welsh Triathlon’s Chairman Martin Kitchener, who completed the race with enough energy remaining to chat to staff and Officials. 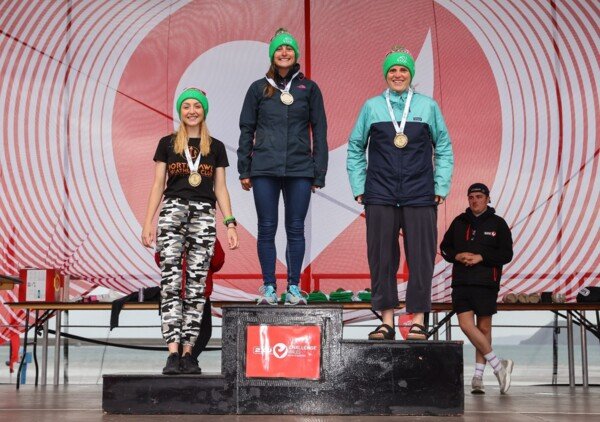