Llyn Tegid was once again the host of a multi-sport bonanza, as the Bala Big Bash weekend saw Liam Lloyd consolidate his position on the top of the Welsh Super Series, Cardiff University dominate the Welsh University Championships, Team relays and over 200 children compete across disciplines.

The weekend began with over 80 young children from the surrounding area competing in the Penllyn Duathlon. This involved a pool-based swim and the run leading all competitors to Bala Rugby Club.  The Gemau Cymru children’s triathlon then followed on the Saturday. A swim in Lake Tegid followed by a fast bike course on the A494 before the run returning athletes to a lakeside finish.  The Tristar 1 combined wave saw all boys and girls competing together, and it was Celtic Tri’s Josh Cleave who took first place with Libby Hale crossing first for the girls. With the North West region joining the party as preparation for their IRC programme, the Tristar 2 and 3 fields were some of the most competitive to date this season. Ethan Roberts and Millie Hannant impressed in Tristar 2, whilst Abigail Davies and Luke Rowcliffe excelled in Tristar 3. With one Open Water qualifier remaining, things are hotting up with regards to IRC selections. 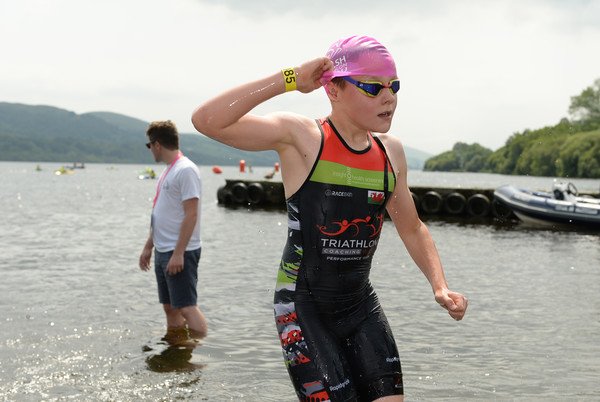 The Bala Team Relays followed the Gemau Cymru Triathlon. This saw four members compete in their own super sprint triathlon, with each team competing the individual discipline before moving onto the next. Entries for this race had doubled from 2018, and it was the GOG quartet of Jon Seymour, Adrian Leonard, Simon Cole and Sion Kelly Williams, donned in their GB Age Group kit, who crossed the line first and taking the all-male category, pipping the Cardiff Triathlon team of Oliver Webb, David Mort, Andrew Deans and Stuart Edgar into second place. A Tim Tri Cymru quartet 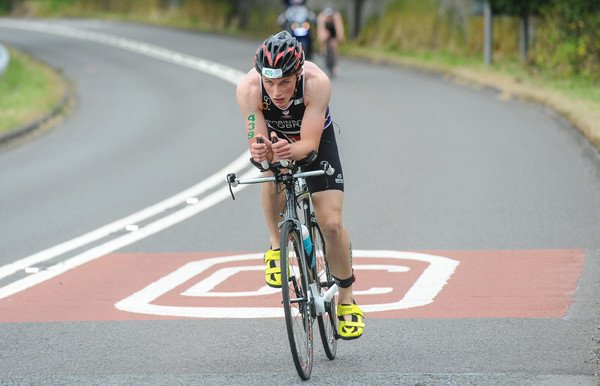 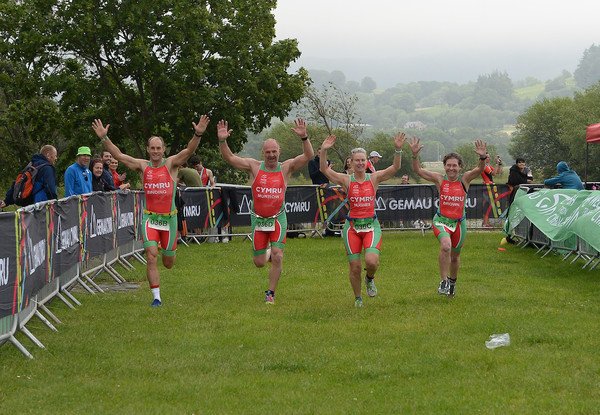 With conditions changing overnight, and strong winds forecasted throughout the morning, the call was made to shorten the swim on safety grounds, containing the participants to the North Bank of the lake. With the sprint athletes setting off in Stage 3 of the Welsh Super Series first, it was Beau Smith who exited the water in a wider group of Kieran John, Alex Matchett, Liam Lloyd and Sam Wade. Megan McDonald was the first female out of the water, and she never let this advantage slip as she powered through the bike and run legs to take the top female spot from Rhian Roxburgh.

The male race was tightly contested with a lead group of 4 returning back from the bike leg together. With Wade and Matchett setting the pace, it was Lloyd who kicked on with 1500m to go and withhold the late attacks of Matchett and Wade to take his third consecutive Welsh Super Series Stage. Only 20 seconds separated the podium. The Team event saw Pembrokeshire Triathlon regain top spot from Celtic Triathlon, and with three stages to go, this is wide open across the top five clubs. Special mention across the sprint needs to go to Wrexham Triathlon Clubs Peter Norman, who came home in a time of 1:50:14, in the 80+ category, showing the range of participants and abilities this sport engages with.

The final multisport discipline of the day was the Standard Triathlon. With the shortened swim, this gave the athletes a little more in their legs for the bike and run. The podiums were dominated by athletes from over the border. James Farrington from Leeds taking the top spot a full six minutes ahead of second place, Warrington’s Daniel Harbridge and third placed Thomas Bill from Stafford. 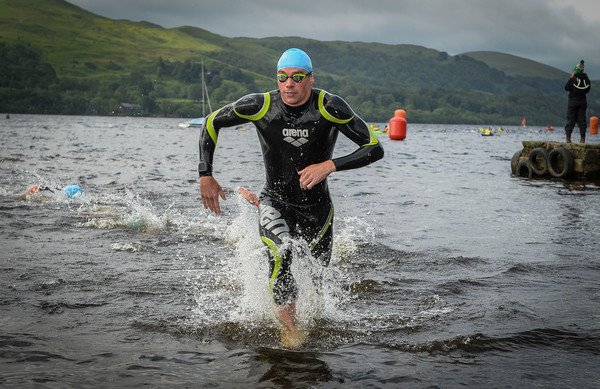 Welsh Triathlon would like to thank all partners for their assistance in delivering the Bala Big Bash, especially Swim Wales, the Urdd, Gwynedd Council, Welsh Government, Snowdonia National Park, a number of local partners, Bala Rugby Club, Clwb Beicio a Triathlon y Bala, Bala Rotary, Llanuwchlyn Football Club, Bala Bikers, Bala Business Group and the community councils of Bala, Llangywer, Llanuwchllyn, Llandderfel and Llanycil. We look forward to returning to Bala in 2020. As soon as dates and plans have been agreed, we’ll let you know!