Barracuda spotted off the Welsh coast…

Beautiful Broad Haven was the setting for Stage 4 of Welsh Triathlon’s Super Series and it didn’t disappoint. 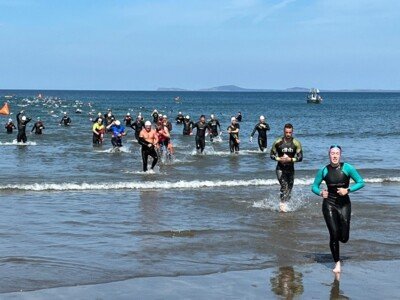 Beautiful Broad Haven was the setting for Stage 4 of Welsh Triathlon’s Super Series and it didn’t disappoint. The sun was blazing and the sea was calm, which may have lulled athletes into a false sense of security before they faced challenging hills on the bike and run legs.

Dave Astins and Pembrokeshire Triathlon Club delivered an outstanding event with one of the largest crowds of spectators of the Series so far.

One of the highlights of the day was commentator Chris Goulding crowning race winner, and local man, Oliver Simon with the nickname “Broad Haven Barracuda” which appears to have stuck.

Once again, 19 year old Jack Southam from North Dredgers had a great swim, exiting the water only one second behind leg leader William James with Oliver Simon less than twenty seconds behind.

Oliver had blistering bike and run legs, recording the fastest time for both, finishing in 02:07:20, an outstanding eleven minutes ahead of Stephen Rowlands in second place. Dafyd Jay completed the men’s podium with a third place time of 02:19:37

In the women’s race, Veteran Celia Boothman made her first Super Series appearance of the year and showed the young ones how it’s done, finishing in first place in a time of 02:31:39, with Carys Mai Hughes breathing down her neck and coming in second, only a minute behind.

Tia Froom is showing her skill in the water this season and came out of the swim in the lead while Celia recorded the fastest bike leg to take the lead heading into transition before heading out onto the run where she maintained that lead to the finish line. Carys Mai Hughes had the fastest run of the day which moved her into second place with Claire Walters taking the final podium place. 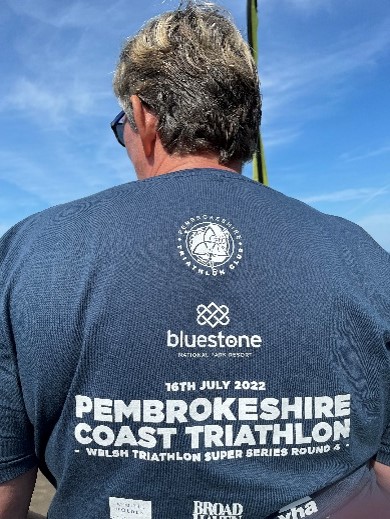 Luke Richards maintains his current lead in the men’s overall Super Series standings after 4 stages, with Carys Mai Hughes still topping the females. Who will take the crowns depends on the final two stages as only the top four scores for each athlete count, so things can still change.

In the club competition, North Dock Dredgers have stolen the lead from Port Talbot Harriers but with only 241 points separating first and fifth, it’s all to play for…