In honour of 2019’s SWYD Barry Island Triathlon being an Age Group World Championship qualifier, Zoe Thomas put together a few best tips that may be useful for your first step into draft-legal racing.

Oh, “what’s occurring?” Hi there and hello triathletes of Wales and the triathlon universe. I hope your winter training has gone as smooth as a Welsh winter possibly can, and you’re ready to rock and roll for the 2019 race season!

My name is Zoe Thomas, I’m an elite triathlete from Porthcawl, a member of NTPCW and have been competing in draft-legal racing for nearly 10 years. In honour of 2019’s SWYD Barry Island triathlon being an Age Group World Championship qualifier, I’ve racked my brains of all of my triathlon experiences and put together a few of my best tips that may be useful for your first step into draft-legal racing. 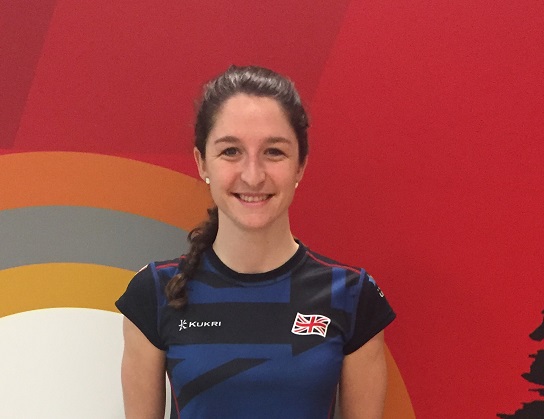 Just half an hour of transition practice could make the difference between making the first and second bike group, or second and third bike group, or third and fourth bike group… you get where I’m going with this? Being just 1 bike group up the field could mean being 10 whole positions higher up on the run, which makes Transition 1 one of the most important parts of draft-legal racing.

We could see pigs fly before a non-wetsuit swim in Barry Island in May, so think about how’s best to get those suits off quickly. I like my suit cut nice and short on the legs so there’s not much material to flick off the ankles, but consider how this might affect your swimming. Disclaimer: Make sure your wetsuit is supposed to be cut! Multi-tasking can also be very useful, if you’re confident in kicking off your wetsuit legs and putting on your helmet at the same time then go for it, but panicking about this could be detrimental so stick with what you know you can do.

In Transition 2, stay safe. Be as close to the front of the group as you can and get out near the front. 5 seconds head start on 5k can be a big advantage.

Always stay calm and think about your processes in transition.

If you find yourself just off the back of a group on the bike, especially on the first lap, use whatever it takes to get yourself there. You can always sit in and recover your legs for a few minutes when you make it on. Drafting is a huge advantage for going fast, especially in blustery Wales. So we want to avoid solo riding as much as possible to save energy for that all-important run! 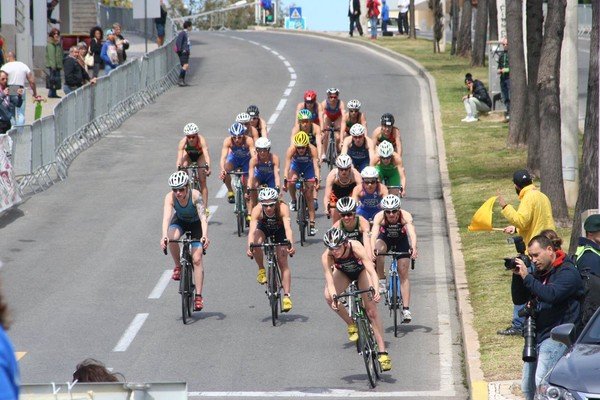 Group riding can be quite a daunting prospect if you’re new to drafting, or even for some experienced drafting racers. Your local club will probably have a group ride running on the weekend at this time of year.

When you’re out consider the following:

If possible, also get some practice at riding around corners. Being able to carry speed through corners will mean that you don’t have to sprint to chase back onto the group repeatedly throughout the bike, hopefully giving you fresher legs on the run.

The bike in draft-legal racing can be more about tactics and skill than just getting your head down and riding as hard as you can. Think about watching some bike racing and consider:

OK, so I’m being a total hypocrite here as this is something I find very frustrating myself, but, I want you to learn from my mistakes so please bear with me. Channelling that frustration and controlling emotions at this point is important. Positively encouraging other people in your group to help you rather than getting annoyed with them is much more likely to maintain harmony with other competitors and make them want to work with you.

OK yeah, this is pretty standard for any race, however you could be needing to make a lot of decisions about positioning, and focussing on working in a group. If this is the case you’ll have less headspace to consider things during the race, such as when to take a drink/nutrition, when to undo your bike shoes and when to get near the front for transition 2. Make decisions on when best to carry out these things before the race, but be prepared to be flexible depending on what’s going on in the race. This brings me nicely to my next tip… 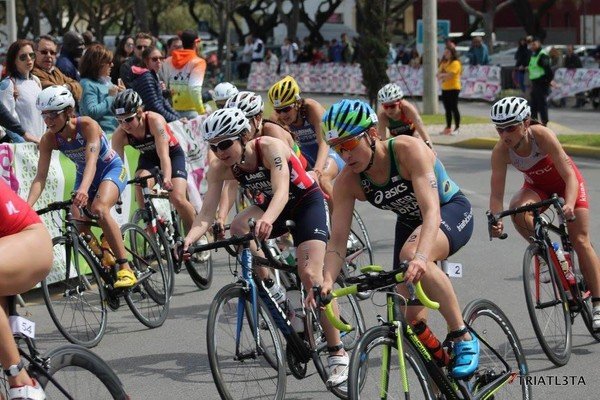 It’s nice to have a race plan, but if these things always materialised perfectly then I don’t think draft-legal racing would be what it is. Have a plan as to how you’d like the race to go, but consider different scenarios that might occur and how you might deal with them, so that when it comes to decision making, the hard part has already been done.

In non-drafting racing, it’s possible to get yourself into a consistent power or effort that works for you.In draft-legal racing this isn’t always possible. If the course has corners or you’re working in a group, the power is likely to be “spikey” or inconsistent. A great way to practice this is in a chain gang, your local triathlon or cycling club might be running these in the next few weeks so, if you’re confident in your bike handling skills, it might be worth going along to get a feel for it. Also consider practicing short, fast sprints. The ability to ride big power for a short period of time can be really handy to chase down attacks and can help you to make a bike group at the beginning of the bike.