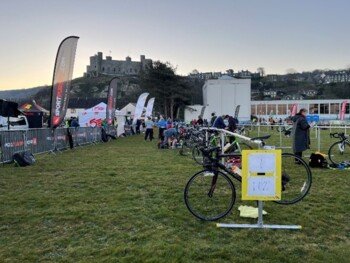 We couldn’t have asked for a better start to the 2022 competitive season. On Sunday 27th March, Harlech was the stunning venue for the Welsh National Duathlon Championships. Nestled at the base of majestic Harlech Castle, and overlooked by the peaks of Snowdonia National Park, hundreds of athletes were welcomed by enthusiastic supporters along the route. Always Aim High facilitated another successful weekend, running the World’s Steepest Street 6k and Harlech Triathlon as well as the Duathlon which was the first National Championship of the 2022 season.

As Duathletes lined up for the safety announcement, the sun rose over the castle, bathing the start line in glorious sunshine. After crossing the start line, athletes headed for the soft golden sand at Harlech Beach for their first 5km run of the race, before returning to transition for the start of a flat 21.5km cycle course. After finishing the bike leg, athletes faced a further 2.5km run.

The finish of the race was set within the stunning castle although, in a cruel twist, competitors had to contend the gruelling 127 steps to the walls of the castle before reaching the finish line. At the castle, they were greeted by supporters dressed in medieval costumes as well as friends, family and team-mates. 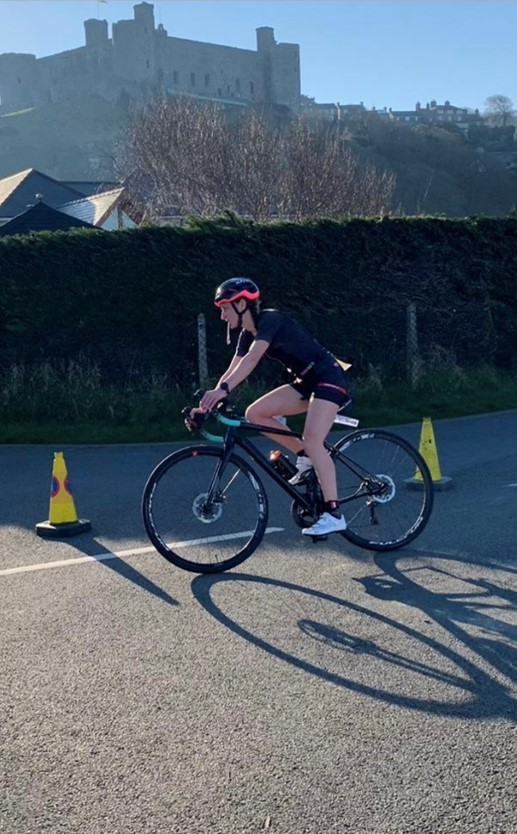 Benjamin Goodfellow from Wrecsam Triathlon Cub set a blistering pace, leading the race from the start and he didn’t relinquish his lead throughout. He won the race with a new course record time of 58:41, becoming the first person to complete the event in under one hour. The position of the following three athletes kept changing throughout the race but eventually, in second place with a time of 1:04:26 was Sion Williams of Total Tri Training with a close fought battle for third and fourth that was won by Rhys Harries of Team Watt with Mark Rabaiotti from NFT narrowly missing out on a place on the podium by six seconds.

The top three of the women’s race were also the top three of the Welsh National Championships with Frances Owen from Wrecsam Tri Club taking top spot, Emma Palfrey in second and Beth Jones close behind in third. The women’s race was much more closely fought with Beth Jones heading into the first transition in the lead with Emma Palfrey in second and Frances Owen in third. Owen went on to take the lead during the bike leg and she eventually won the race in an impressive time of 1:11:10 giving her 12th place in the overall results as well as the Title of Welsh Senior Champion in the women’s race. 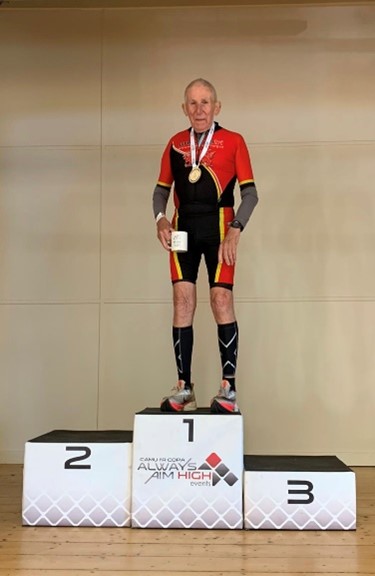 In other age categories, Peter Norman lived up to his category title with the legendary 85 year old completing the race and taking the Welsh Legend title in a time of 2:06:52. In the women’s race, the Female Super Veteran title went to Colette Price with a time of 1:39:27 while the new Female Super Vintage Veteran Champion is Sue Graves from Farnham Tri Club in a time of 1:54:23.

Plaudits also need to go to GOG Triathlon Club’s Gareth Bowyer who, after winning the Male Vintage Veteran race, missed his presentation as he went and also took part in the Triathlon, finishing in an amazing 7th place overall. While Team Watts’ Rhys Harries legs were really tested over the weekend as he also came second in the World’s Steepest Street 6k the day before taking third place in the Male Senior category at the Duathlon.

Welsh Triathlon would like to thank Always Aim High for hosting this year’s National Duathlon Championship as well as all of the volunteers that helped the day run smoothly. Congratulations also go to all of the competitors that took part. 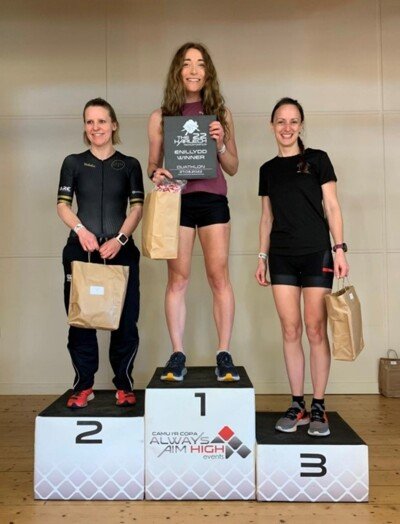 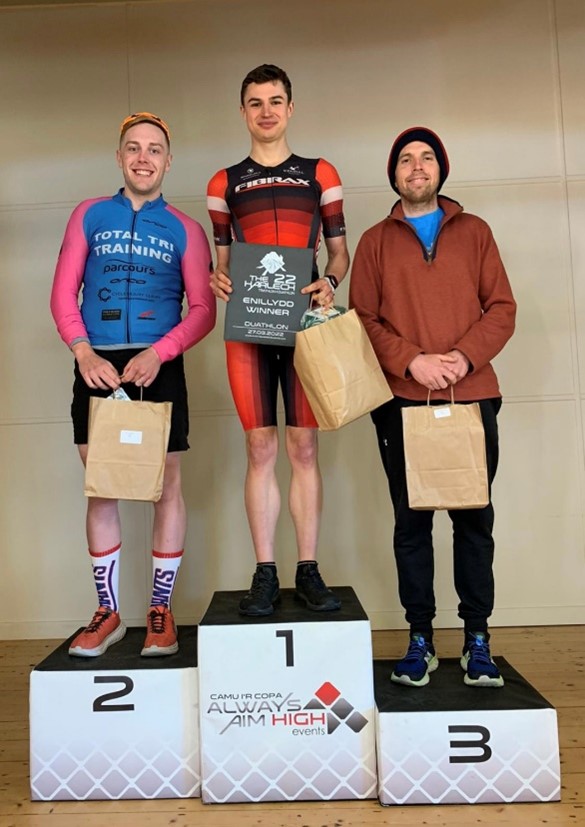