St David’s Hospice is based in Llandudno and provides end of life care for the terminally ill.  It’s a charity that connects well with the GOGs as we have had members and the family and friends of members spend their final days in the care of our local hospice. When we heard of St David’s Hospice’s new fundraiser, fittingly the Great Orme Goats Challenge, we had to get involved.

The club also has a deep connection with the Great Orme. Two Great Orme Goats form our clubs logo and our club name is an acronym taken from the initials, not just our geographic location. For those who aren’t familiar with the Great Orme, it’s a beautiful seaward headland, and taking Marine Drive it comes in at just under 10km for a full lap including 146m of elevation gain, and it’s used to form the bike leg of the Llandudno Triathlon. 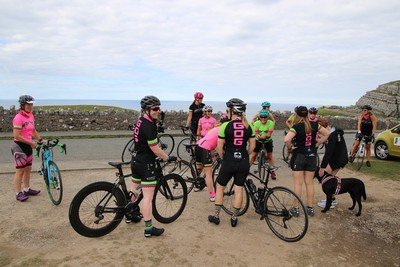 I personally had not visited the Great Orme for quite some time but I was inspired and imagined rising to this challenge. A team of GOG girls soon pledged to cycle run or walk around the Great Orme every day for a month to support the charity’s recovery fund; severely hit by the pandemic. Fresh funds were more important than ever for our local hospice and we were glad to help in our own small way. 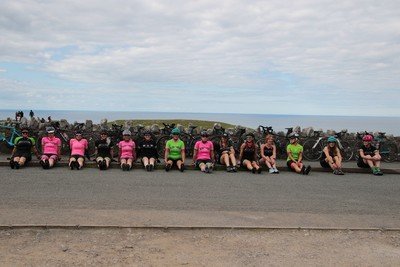 The challenge we set ourselves was to complete a minimum of 150 laps of the Great Orme, and at least one full lap every single day in August between us. We aimed to raise awareness for St Davids Hospice and believed we could raise £500. The enthusiasm from the girls was fantastic and we were out in storms and downpours, in wind and sunshine. We watched superb sunrises and spectacular sunsets. We had an amazing team and what we achieved surpassed all our expectations.

By week three we had a staggering £2,000. Excited that we were absolutely smashing the challenge, Simon Roxburgh; chairman of the GOG Triathlon club suggested support from the club as a whole! A 24hr event to continuously circle the Great Orme involving more club members, his vision was to emphasize our epic efforts with a grand finale and to have at least one runner and one cyclist lapping the Great Orme throughout the day and night. The GOGs Assemble created a natural support team and would commence at 8am Saturday 29th August until 8am the following day.

Bringing people together in this way creates an amazing atmosphere and the team quickly took shape with each hour filled with a runner and a rider. This became a tremendous event, born out of a simple suggestion to help an incredible charity. We were absolutely buzzing, and the event was a resounding success; a huge contribution in that 24hrs, the donations were pouring in and we quickly reached £3000.

Bank holiday Monday was the final day, the original group of ladies cycled in convoy around the Great Orme; we had lovely group photos and delicious cake at St David’s Hospice to the see the event out. 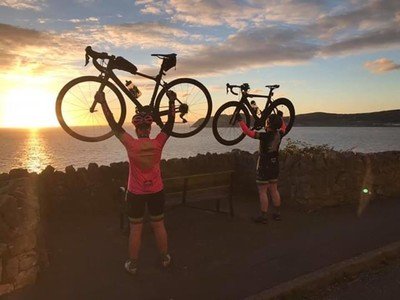 Targets were smashed in every sense, our hearts were bursting at the sheer generosity of everyone, and poignant memories were created, friendships sealed! We never dreamed we would have such an overwhelming response, and we could not have asked for a better fundraising team!

“Moments like these are special, but with the GOGs, they aren’t unusual! This is what the GOGs do!”

The current amount is £4,127.22. Thank you to everyone who made this happens!