Jenny shares her triathlon journey from starting out, to competing in three ITU World Championships as a member of the GB Age Group Team.

Want inspiration to begin your triathlon journey? Jenny explains how triathlon has helped and been her lifeline.

I took up triathlon when I moved down to Brighton as a newly qualified doctor in 2015. I joined the local triathlon club and got completely hooked. I had swum competitively and was training for a charity bike ride but I had never taken part in a triathlon before.

It was an incredibly stressful time but Brighton Tri Club was welcoming and supportive. They took me under their wing and taught me how to put it all together.

My first ever triathlon was a few weeks before I joined the club on a training camp, it was a local pool sprint distance. Despite some friendly jeering from the Brighton Tri crew during transition, I had a great race.

I joined them on a training camp in Majorca in the spring, and it was on the last night (after drinking some questionable Spanish liquor) that the idea of trying to qualify for the GB Age Group Team was suggested to me. When I returned from camp, I entered the Eton Dorney Sprint.

The fact the World Champs were due to be held in Cozumel that year was a big selling point!

A few weeks after returning from the training camp, I raced at Eton Dorney Sprint. This was my first wetsuit race and first draft legal race which was all a bit daunting. Although, it turned out to be great fun when in the heat of the race.

Transitions were slightly smoother on my second try, and my only mistake was almost running back into transition rather than the finishing chute as I was so tired by the end.

I finished 4th in my Age Group and secured my spot on the Age Group Team. 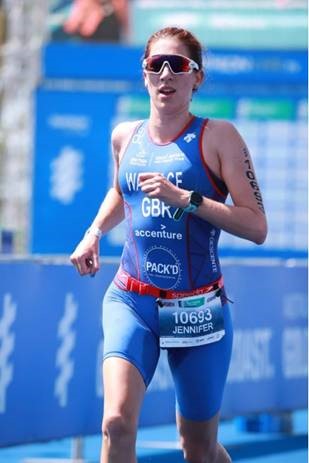 It was so exciting to order my GB Triathlon suit, I couldn’t have been prouder to wear it and race as part of the team in Mexico.

The ITU World Championships race experience was incredible and it was a privilege to represent my country at the same event as the professionals. It is something that I never thought I would have a chance to do.

After Mexico, I went on to qualify for Rotterdam the next year, where I then pre-qualified for Gold Coast. I competed in the ITU World Championships in the sprint distance in 2016, 2017 and 2018.

The GB Age Group Team gave me a chance to race at a level I never thought I would be capable of when I plucked up the courage to go to my first session with Brighton Tri.

As I have started my surgical training, it has meant I have had to move over to Wales away from my boyfriend and family in Kent. I have joined the local Tri Studio in Swansea and I’m aware that some of the consultants at my hospital also race.

I have had to move around various amounts of times as a junior doctor, but since starting work, triathlon has been a lifeline of mine. It’s a great way to relieve stress and I‘ve met so many brilliant friends through it.

Although training has been put on hold for the time being, I hope that I will get a chance to compete for the GB Age Group Team again in the near future.

Plus rocking the GB suit with your name on never gets old! 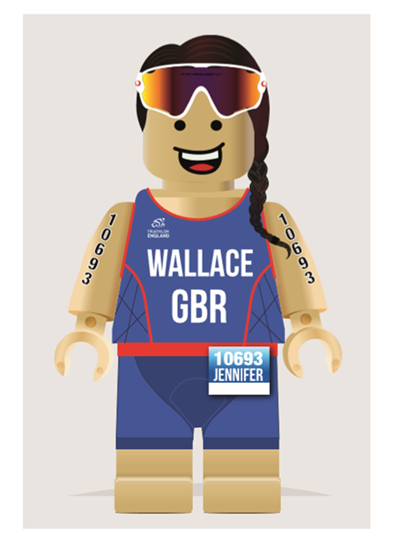