Some of the best British Triathletes raced in Llanelli this Sunday 16th May, after Wales was able to provide special dispensation for the event to go ahead.

Welsh Triathlon worked closely with British Triathlon and Healthy Life Activities to deliver the first triathlon in Wales since 2019.   Under special dispensation for elite events, this was a trial race for qualification to the European Junior Championships, the European U23 Championships, and selection into Continental Cup events.

This was an exciting opportunity for Wales the location chosen for facilitating a safe event under strict Covid regulations.  The event attracted a high calibre of athlete full of headline triathletes and some young up and coming stars. The event was over the sprint distance of 750m swim, 20k bike, and 5k run, at the North Dock, Llanelli. There were four waves; Senior Male, Junior Male, a combined Junior/Senior Female wave and Paratriathlon. 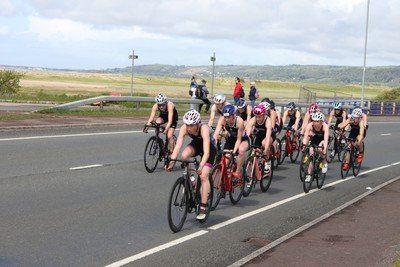 Included in the start list were 2 of the women who have been selected for the Tokyo Olympic Games this summer, reigning Olympic medallist from Rio Vicky Holland, and Jess Learmonth.  As well as Wales's very own Olivia Mathias, World-U23 silver medallist in 2019 and triple Olympian and double World Champion Helen Jenkins, in her first short-course event in five years.

On the men’s side, recent BUCS triathlon winner Marcus Dey was on the start list, along with all of the first 5 athletes from the 2019 British Triathlon Super Series and 2014 Commonwealth Games Team Wales members Morgan Davies & Liam Lloyd. For the Paratriathletes, Rio 2016 medallist Melissa Reid competed, as well as triple world champion Dave Ellis, as they tune up for Tokyo, along with a number of the next generation of athletes from the Talent Squad. 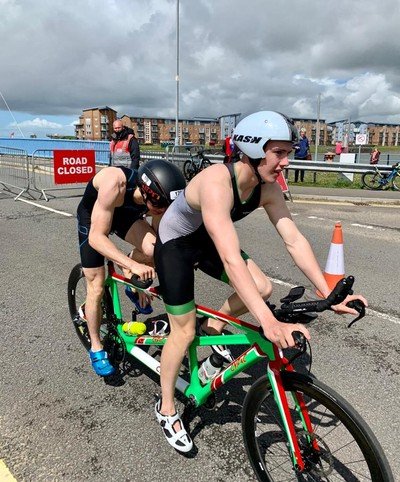 As with any event, it would not be possible without volunteers, a special thanks to the Technical Officials for dusting off their rule books and making sure the event was run safely.  Thanks also to the Paratri water handlers from North Dock Dredgers and the first aid team. 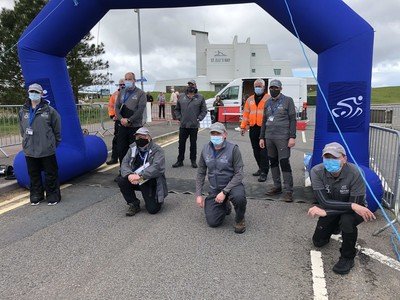 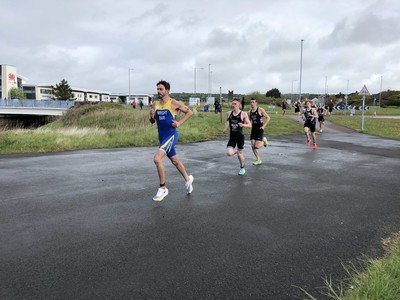 In the Paratri race, Dave Ellis took the win.  Welshman Rhys Jones with his guide Rhys James finished third, as he looks to build towards qualification for the 2022 Commonwealth Games, where the VI (visually-impaired) category will make its debut. The junior men’s race was won by Dan Dixon, with a good 6th place finish from the NTPCW and Welsh Performance Programme member Dom Coy.

It was great to deliver such a high-level race in Wales, however, it was slightly bittersweet, as no spectators were allowed on site due to the guidelines set by the Welsh government.

It won’t be long now before we return to events in Wales – we can’t wait!