The year 2020 was going to be an epic and a memorable one for GOG Triathlon’s Llinos Davies.

With a milestone birthday approaching, she wanted to make the year unforgettable. As such, she decided to challenge herself by entering events, including Harlech Triathlon, the Gold Rush 8-mile trail run, Leeds Standard Tri, Tour de Mon 107-mile bike ride, and then to conclude, the event she feared the most – the Snowdon Marathon Eryri, the world-famous 26.2 mile race held in October, starting from Llanberis and heading out on a tough yet beautiful lap around Snowdonia.

Llinos tells us “My father was a fell runner and took up marathon running in his late 40s. I was always in awe of him doing the Snowdon Marathon Eryri but unfortunately, he died at the tender age of 58 on 24th October 1988. I thought ... what better way to honour his memory, than to run this marathon at my age now of 60, on 24th October 2020."

“Covid-19, however, had other ideas, and after seeing all my events cancelled, I then developed Coronavirus symptoms at the end of March. My running took a battering as my breathing was so shallow.

Although Llinos faced a gradual recovery from her illness, she was still keen to get active and celebrate the memory of her late father. 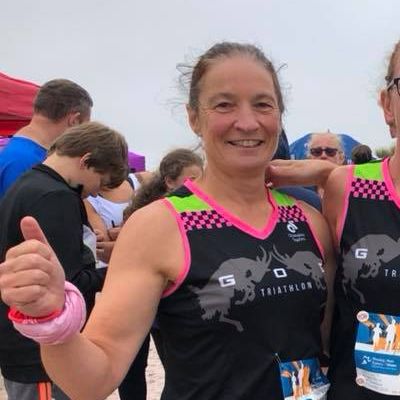 Llinos was used to an active lifestyle, a keen hockey player and an active member of GOG Triathlon Club she found that during lockdown she was trying hard to keep herself motivated and active after the loss of the epic season she had planned. This is where her interest in the Tough Mudder range of extreme challenges first began. The challenges could include swimming, rowing, and running, walking, and cycling.  This suited her and she felt they would complement some of the GOG activities too.

Each challenge was given a name. “Marvel Mania” was a challenge of 81 miles to be completed in just 21 days.  Llinos decided to do this by running 3 x 27 miles per week, and even managed over 8 miles on one of those days.

The running came back slowly, (It has taken Llinos over seven months to fully recover and to get air deep into her lungs)  but Llinos is pleased to say that she eventually ran a total distance of 83 miles in just 18 days, which is the equivalent of three full marathons! 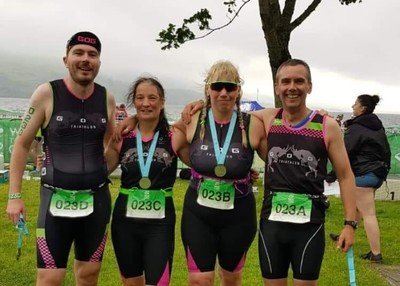 Along with Tough Mudder, Llinos completed many of the GOG challenges too. She was an integral part of the GOG charity event and donned a weighted vest to lap the Great Orme, Llandudno’s iconic headland and Wales’ smallest national park. She was the first lady to attempt the Great Orme Zig-Zag hill climb challenge, went on icy cold winter dips, she completed the Leeds Virtual Triathlon and has now signed up to virtually run the Wales coastal path.  There is no stopping her!

Last of all of the Tough Mudder challenges was the “Eco Warrior”.  The challenge was to fill just one bag with rubbish from your local area.

Llinos tells us about it “So, armed with a couple of carrier bags and gardening gloves, I started walking from my house. Before long, I had filled the bags.  Out of the blue, a thick, sturdy black bin-bag blew my way! It was like a message…. I continued and went into the woods behind St David’s College, but there to my horror were discarded drink cans, bottles, tins, and so many smashed bottles. It broke my heart; there were even old tents and chairs. It was too much for me to cope with alone, so I contacted a few friends (Paula a friend from GOG triathlon and her son being one of the many) they helped me, and between us, we have collected about two tons of rubbish from these woods and I’m still continuing.  Mostyn Estates have helped us by taking away the rubbish we gathered, and I now want to set up a group to help clean up our area. It is quite disheartening to see how much rubbish there still is everywhere.” 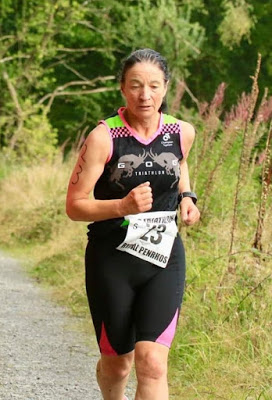 Llinos would love as much support as possible to assist with the clearing of rubbish in the beautiful countryside that surrounds us. She feels very passionate about this and hopes at the end of lockdown that certain people’s outlook will change and that they will gain more respect for the beautiful area in which we live. It has really opened her eyes and is now a passionate litter picker.

Llinos certainly had a memorable 2020 and we are sure it’ll also continue into 2021.  She is an inspiration to everyone at GOG.