The door is now fully open for the ‘Duathlon 12’, a new team endurance duathlon held at the Geraint Thomas Velodrome, Newport on Saturday 23rd October. The event, delivered by Cyclone24 and supported by Welsh Triathlon is the first of its kind and combines a number of new elements of multisport.

The new Duathlon 12 is a 12-hour endurance event which sees teams of 6 compete across the velodrome track, but each bike section is split with a run section. Like the recent success of the team relay, your success at Duathlon12 will depend on every member of your team contributing; and like the Super League Enduro, athletes will complete multiple legs of bike and run as each team goes hard to cover as much distance as possible within the twelve hours.

There are reduced entry fees for affiliated Welsh Triathlon clubs and currently on the starting line we have entries from Swansea Vale Tri, Port Talbot Harriers, Fit4Tri and Pencoed/Dragon Tri. Now is the time to secure your teams’ place at a reduced rate!

Entries are filling fast for the event, so to book your team place, enter here. 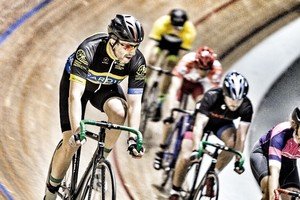 The event is in collaboration with Steve Sulley and the Cyclone24 team to expand the range of activity Welsh Triathlon have on offer. He commented that, “having delivered the successful cyclone24 and cyclone12 events, within which we see many triathletes and triathlon club teams, the ‘Duathlon12’ seemed like the logical choice in providing a new event to our repertoire, as well as an exciting, fun challenge for athletes of all abilities”.

Welsh Triathlon Head of Development, Gareth Evans, added “this event has been a long time coming. The first discussion happened in January 2020 so it would be great to get the inaugural event off the ground. Having taken part at a cyclone 12 event previously, it’s a great day out. It’s a great opportunity for teams to come together and go head-to-head, and although the 12-hours may seem daunting, when the load is shared, you’d be amazed how hard team members can sustain their efforts”. 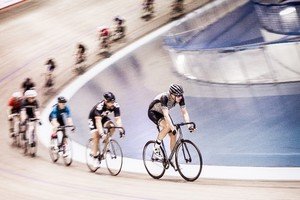 Beverley Lewis, Welsh Triathlon CEO added “it’s a great way to end the season. We’ve all had a difficult season, but the recent return of events has energised our sport, the success of team GB at the Olympics and the team relay has highlighted the importance of teamwork within our sport. The Welsh Triathlon Super Series team competition is highly contested, and now, at Duathlon12, our clubs and members have an opportunity to sign off the season as a team. It’s a truly exciting opportunity”.