There’s clearly something stirring in the waters and on the tracks of South Wales as athletes from the region begin to make their mark at international level on a regular basis.

Morgan Davies has taken a fine, double win within the last month at the European Cup events in Malmo, Sweden and Székesfehérvár, Hungary, as he continues his return to the top-level in the sport after taking a break in 2017. He will now move up a level to target the end of season World Cup events in Asia. Also in Malmo, Liam Lloyd made a welcome return to the top-10 after an injury hit 2018 forced his withdrawal from the Commonwealth Games in April. Liam made his first international podium in Funchal at the back end of last season, and along with Iestyn Harrett’s podium in Weert in June that makes three Welsh men on ETU Cup podiums in the last 12 months for the first time in many years. 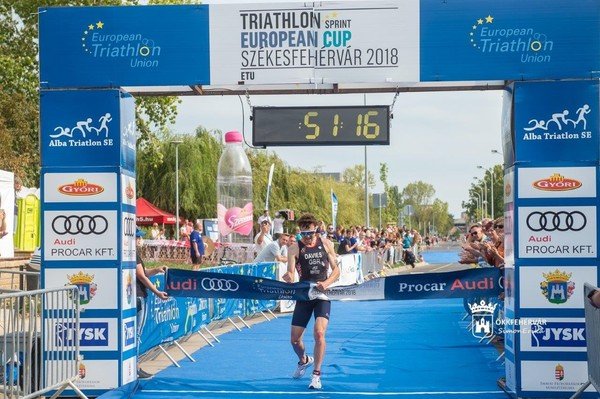 Iestyn recently earned his first senior British Championship vest at the European Championships in Glasgow, representing the GB team in the mixed relay. He takes on the iconic Karlovy Vary World Cup event this weekend in the Czech Republic. Adam Bowden continued his fine season with a win at the London Triathlon on his birthday. He lines up against an absolutely stellar field including Olympic Champions Alistair Brownlee and Jan Frodeno, as well as the legendary Javier Gomez, over the longer distance this weekend at the Ironman 70.3 World Championships. This is just Adam’s first year of long course racing and it’s fair to say he has taken to it like a duck to water under the guidance of Andy Lane at NTPCW, winning a European Championship silver medal in Denmark earlier in the year. 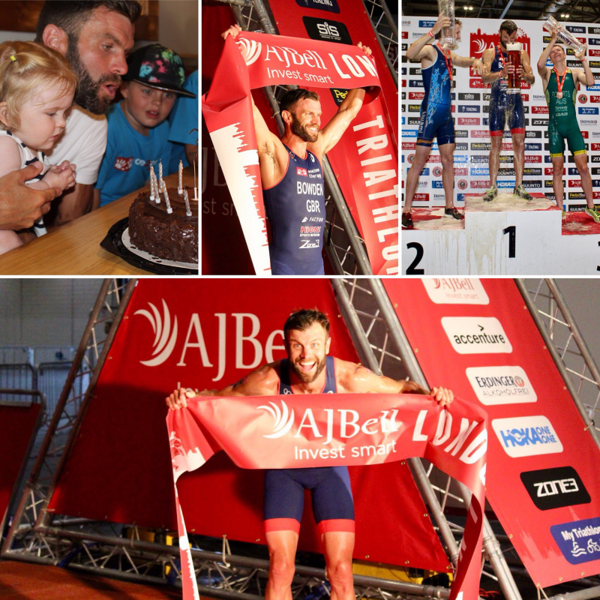 There’s been success on the women’s side too. Jenny Manners and Zoe Thomas made it three of our athletes in the top-5 (alongside Morgan) at the European Cup in Székesfehérvár, Hungary, as they both matched or exceeded their previous best ETU Cup performances. Jenny and Zoe were part of the front group of athletes out of the water that whittled the field down to 11 contenders, before finishing the job off with fine runs. Jenny was also backing up off a top-5 finish at the London Triathlon, facing off against a high-calibre field including Natalie van Coevorden, Lucy Hall and Jodie Stimpson. Both athletes now move onto the French Grand Prix event in Quiberon this weekend. 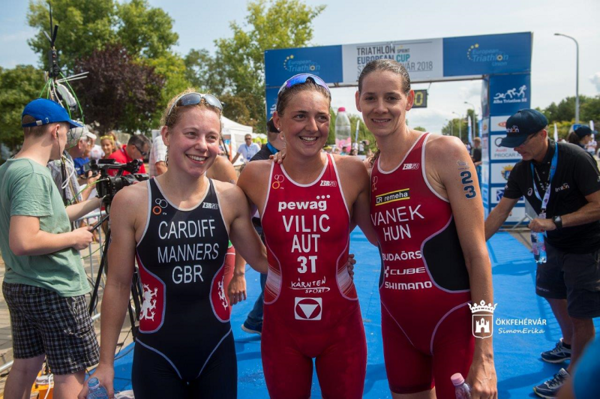 We have also seen plenty of domestic action, with Abbie Williams taking the National Sprint title at the Tuska Triathlon (round 5 of the Welsh Triathlon Super Series) last weekend, and Chris Silver, Josh Lewis and Kieran John all finishing in the top-4 of the men’s event behind Alex Matchett who has now won 5/5 events.

If you want to see our athletes in action, you can still watch highlights from London on 4oD: https://www.channel4.com/programmes/triathlon-endurance-events/on-demand/68194-009. The Welsh Super Series is also being shown regularly on S4C throughout the season.