Opportunities for all at Challenge Wales Weekend 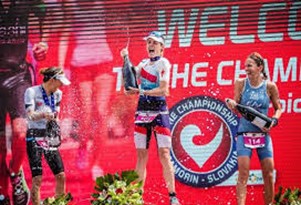 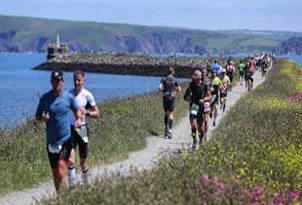 The weekend of 17th, 18th and 19th of June promises to be a true festival of multisport in the Pembrokeshire town of Fishguard. The Friday Night hosts the Fishguard Swim; The Sunday, Stage 3 of the Welsh Triathlon Super Series at the Fishguard Sprint Triathlon; and sitting centrally over the weekend, the inaugural Challenge Wales, the only Challenge Family event held in the UK, and also the Welsh Triathlon National Middle-Distance Championship.

After what has been an indifferent start to the season; races appearing to be ‘sold out’, yet attendances lower than anticipated, the entire event community is hoping that we truly kick off with the start of the open water season.

To help Kick Start this, Activity Wales Events have provided a number of free entries for us at Welsh Triathlon to share for different activity over the weekend. Some of these will be shared to thank those who have continued to support the multisport event sector over the recent challenging season via the club network, other spaces will be used to provide opportunities for newcomers to the sport to experience an event weekend of this scale.

The weekend is set to be a carnival of colour and noise, as athletes and participants from across Wales and beyond go head-to-head over a wide range of activities. It starts on the Friday, with an opportunity for newcomers to open water and experienced swimmer alike to explore a sheltered open water swim. Situated alongside the breakwater at Fishguard harbour, athletes will be supported throughout by comprehensive water safety, as well as being within close proximity to the breakwater throughout. As well as this, over the weekend, Welsh Triathlon will be working with the event organiser to facilitate further open water swimming tuition.

For more information on the Fishguard Swim, and to enter the event, you can click here 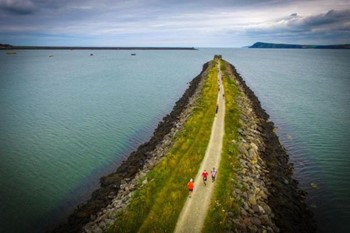 The weekend comes to a climax with the Fishguard Sprint Triathlon. Starting with the sheltered 750m swim that takes place along the breakwater within Fishguard Harbour, participants will be welcomed from the water by the vocal crowd as they enter transition within Fishguard harbourside. Next comes a 13mile / 20k bike course setting out from Fishguard harbour, through Goodwick and South towards St. David’s. The event will be held on the open, undulating roads of West Pembrokeshire. As you make your way back to Fishguard and descend back to transition, again met by the carnival of noise, you will embark on the final element, a 5km run along the breakwater and through the village of Fishguard. As well as a great event for newcomers to the sport, there will also be some tough competitive racing at the front of the field, as Welsh Triathlon and Home Nations Members, and club members across Wales will be c competing for points across their Super Series categories.

For more Information on the Fishguard Sprint Triathlon, and to enter the event, click here.

The main event of the weekend is the first Challenge Wales Triathlon. Formerly known as the Wales Triathlon, this first event will welcome five hundred participants in its first year. The middle-distance discipline will have the swim and run elements concentrated around Fishguard. A 1.2mile swim will begin on the North side of Fishguard beach and follow the line of the breakwater before exiting on its South side. As with the other events, here you will be met by a wall of noise as you gather yourself before taking on the bike. This route will head towards St Davids, and on the return, take the coastal lanes which align to coastal villages of Abereiddy and Porthgain. As with the Sprint version of the race, you will descend back into Fishguard harbour after 53miles of Pembrokeshire countryside and embark on 4 laps of the 5km course taking in the village of Fishguard.

For further information on Challenge Wales, and to enter the event, you can click here.

Want to guarantee your space in either the Fishguard Swim or the Fishguard Sprint Triathlon? Join Welsh Triathlon membership in the Month of May, and thanks to Activity Wales Events, you will receive entry to the above for Free*

*Limited free entries for each event are capped at 250. Once this limit has been reached, the free entry offer will be revoked and will end. For further information, contact admin@welshtriathlon.org