Non-Stanford returned to winning ways with a dominant performance this weekend at the French Grand Prix in Metz. She was strong across the board, exiting the water in touch with the leaders, before helping to drive a small group away from the chase pack, and closing with a top-5 run split to finish ahead of a very strong field, which contained both members of the French Olympic team. 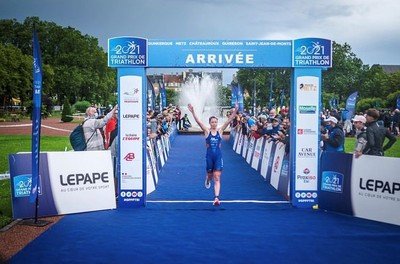 At the same event, a number of the NTPCW athletes were representing their respective teams in both the Division 1 and Division 2 events, with Matthew Wright leading the D1 guys home in 22nd and Freddie Webb inside the top-50. In the D2 race, Jamie Price had a career-best performance to take 15th, with Josh Lewis in 26th.

You can find results from both races here. 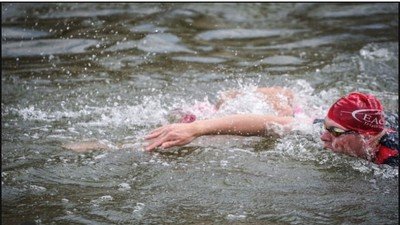 Back in the UK, Sam Wade took a fine bronze medal at the PTO-supported Outlaw Half Holkham in East Anglia. He had top-10 race splits in all 3 disciplines, topped off with the 3rd fastest run of the day. Two more Welsh-based athletes, Will Munday and Andrew Horsfall-Turner also made the top-10 in 8th & 9th respectively. Meanwhile, over the (even) longer distance, Bridgend-based Adam Bowden finished 5th at Ironman UK, closing with a rapid 2:51 marathon on a very challenging course and inclement weather. It was Adam’s second race over the full iron-distance, after his 16th place debut at Ironman Tulsa in May. 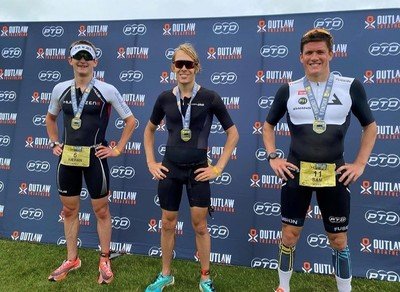 Finally, at the British Triathlon Youth & Junior Performance Assessments, we had a large number of Welsh athletes in action. Racing consisted of a 400m or 800m pool swim (depending on age group) on the Saturday, which set the start position and handicap for the bike-run race on the Sunday. There were some great performances, but highlights of the day were Dom Coy taking the win in the junior men’s race, and Eva Edwards running through to 6th place in the junior women to seal her best ever finish. Well done to everyone who competed!