For the first time since February 2020, our Performance Team have been able to deliver a residential training camp. Led by Development Coach, Vicky Johnston, we ran four days of activity based in Cardiff.

The main focus of the camp was frequent exposure to open water swimming and race specific preparation for the final few races of the season. Seventeen athletes attended the camp and joined the Performance Centre athletes for some of their sessions throughout the week. 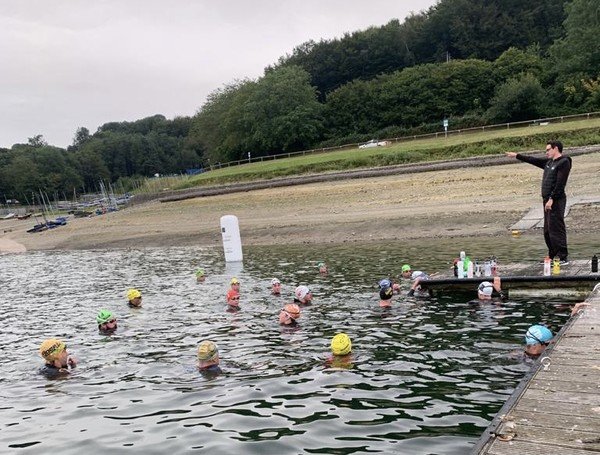 On Wednesday, the athletes attending the camp travelled to Pembrey Country Park where they were joined by fifteen Tri Star athletes who have been selected to compete for Wales in the Inter Regional Championships (IRCs) in September. The training day at Pembrey included a bike skills session, transition practice, mini transition races and a longer bike to run brick session to allow plenty of time for athletes to practice their skills both individually and in a bigger group. In the afternoon we travelled across to North Dock, Llanelli for an open water swim session. Athletes were practising key race skills such as swimming in groups, drafting and sighting, deep water starts, and beach starts. A massive thank you to Aled and his team from Llanelli Surf Lifesaving club for providing water safety cover! It was great to see athletes from the ages of 11-18 training together throughout the day and preparing for the Grand Final and IRC races next month. 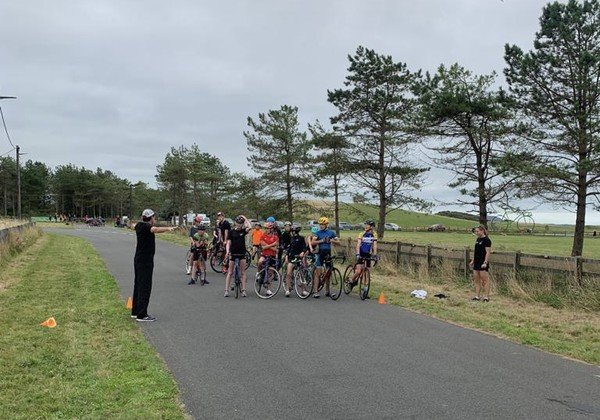