This award is to recognise the outstanding contribution of a long-standing person (or club /organisation) in the sport. Examples could include a coach who has dedicated their life to the sport, an event organiser who has had a significant impact on the Sport and Wales. A member of a committee who has driven club development for the benefit of others. This award was selected interbnally by Welsh Triathlon Staff.

For over 30 years Tom Roberts has devoted much of his spare time to ensuring that Triathlon is accessible to all, being involved in Triathlon in Wales and has played a proactive role in guiding and developing the sport through the many varied roles he undertakes in his spare time:

• As a qualified Continental Technical Officer, Tom will be found most weekends throughout the Triathlon season as a volunteer officiating at events, from the smallest to the largest, ensuring that rules are adhered to and the health and safety of participants is always at the forefront of our minds. One of his proudest moments was being chosen to work as a Technical Official at the 2012 Olympics in London.

• Tom organises and tutors all the Welsh Triathlon Officials courses in his spare time and as a volunteer, and ensures that Welsh Triathlon always have a pipeline of qualified officials who are ready to take this growing sport forward.  He supports the Welsh Officials and is always available to resolve any issues no matter how large or small – a bit of a father of officials!

• Somehow Tom manages to pack all of the above in as well as managing a technician job at Techniquest in Cardiff where he teaches children about science and nature.

• In case he has any spare time, Tom is also know as Wales Rocket Man for his enthusiasm for all things that go vertical and whoosh!

Tom is highly regarded by all in the Triathlon world, here is what the staff of Welsh Triathlon have to say:

“Tom is the epitome of the committed volunteer. I’ve lost count of the number of races both domestically and internationally that I have attended where Tom would be involved as a technical official. I know he also puts in a lot of work behind the scenes through his involvement in the British Technical Officials Committee and previously as a director on our board. He thoroughly deserves this award” Louis Richards, Head of Performance Welsh Triathlon

"When thinking about Triathlon in Wales, one of the first names that comes to mind is Tom Roberts. Not only does he officate as a continental Technical Official but he is also our Official educater for Wales, encouraging others to join the official pathway. He is always at the end of the phone to answer any questions, whether it is about officiating in Wales, or the History of Welsh Triathlon ! Im so proud to have Tom as part of our volunteer community. The sporting world definitely needs more Tom Roberts!" - Amy Jenner , Workforce Officer Welsh Triathlon 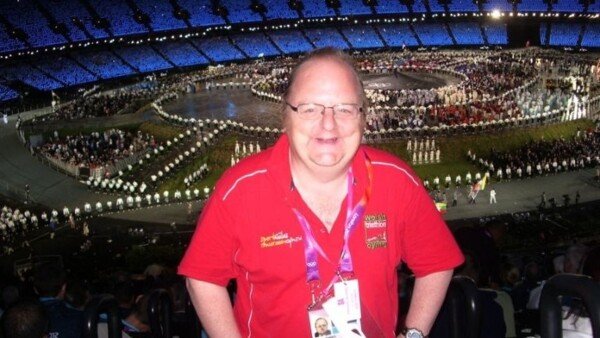