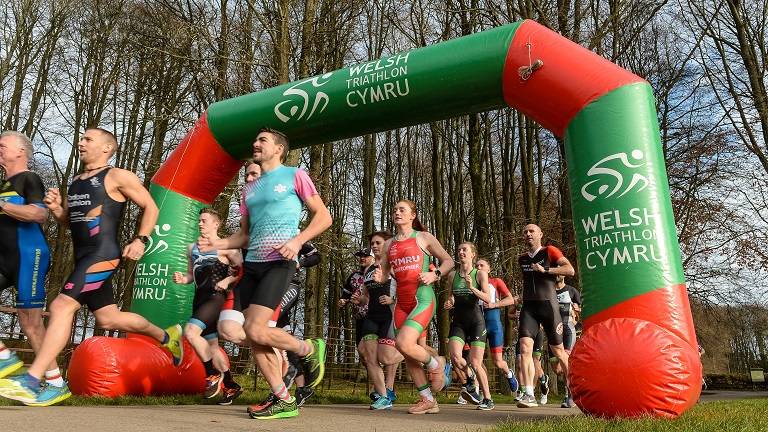 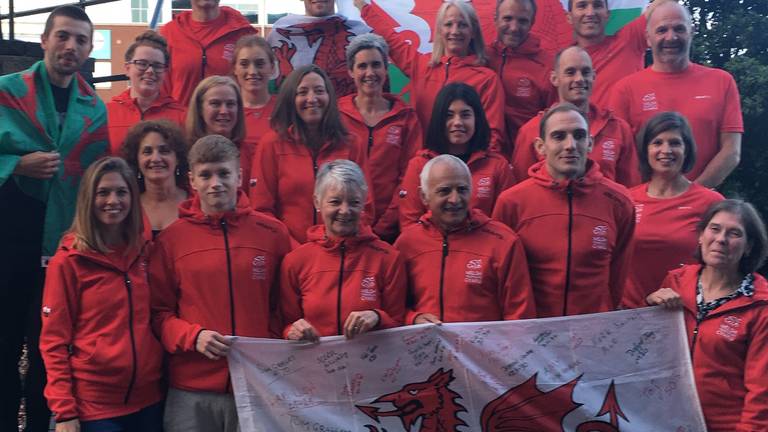 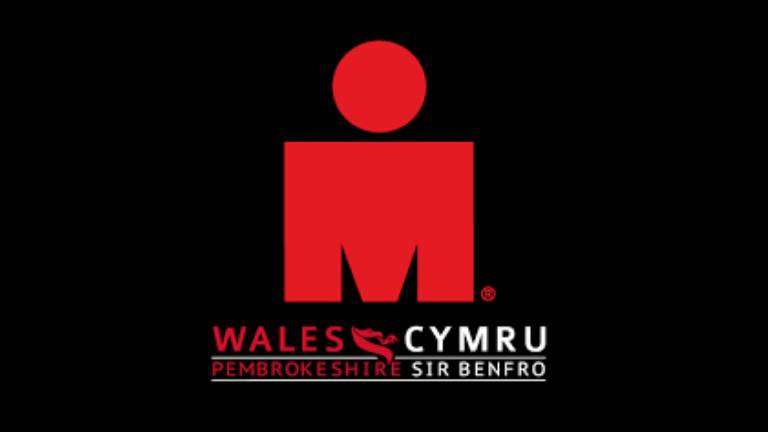 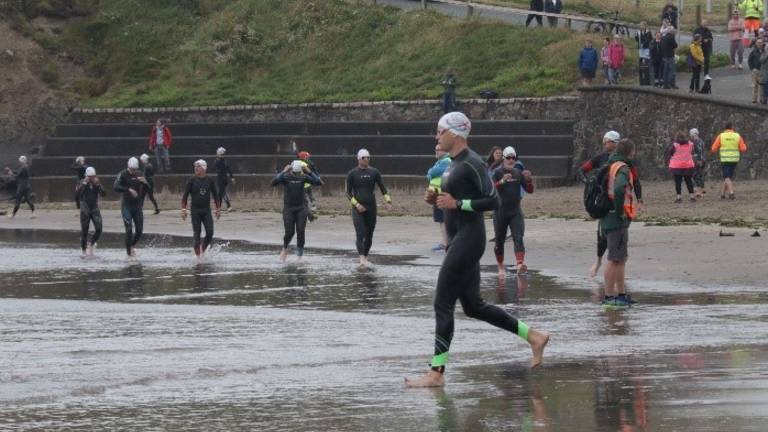 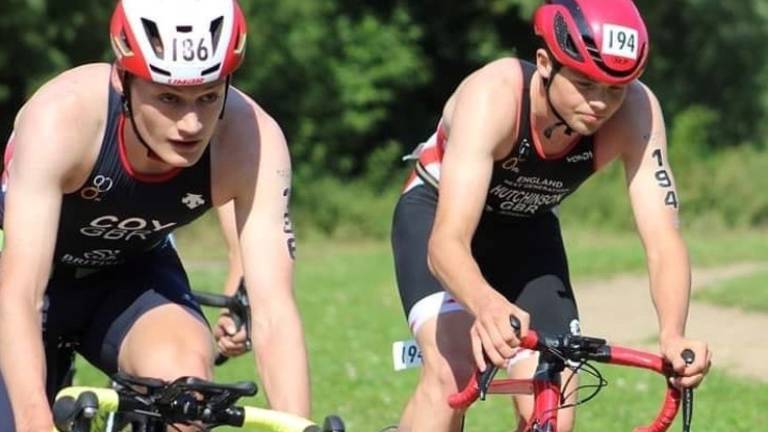 Welsh Triathlon opened their Workforce Award Nominations for 2019 in June. This was open to all Welsh Triathlon members and promoted via E Newsletters, Twitter and Facebook. This year there were 10 categories to vote for and 10 awards in total

We received nominations in each category apart from Young Volunteer of the year and childrens event of the year.

Welsh Triathlon is proud to announce and congratulate the winners of the following categories, with some of the reasons on why they were chosen.

Nathan is a keen active member of Pembrokeshire Triathlon Club and has been coaching for a number of years. Nathan heads up the pool swim sessions and also the winter turbo sessions and is always first to offer to cover other coaches sickness and holidays. Nathan specifically tailors his sessions with club members in mind and is very mindful of all their needs. As well as coaching Nathan ensures the club members are well turned out in club colours at events - Nathan looks after club kit orders and works closely with the suppliers.

Participation numbers on the swim sessions and the turbo sessions have increased since Nathan has been coaching, with these participation figures being maintained throughout the year. Nathan has grown in confidence as a coach over the past year and as his confidence develops so do the sessions he plans, bring in new ideas, different routes and training drills. The variety of his sessions keeps everyone on their toes, as does his watchful eye to make sure members don't slack in sessions!!!

Nathans ability to see "something" in everyone has really encourage a wide range of abilities to the club sessions, Nathan is always happy to spend time before and after the sessions chatting to new members and providing his expertise and guidance at every level.

Ross coaches for 8 hours a week in different sessions, giving up at least 6 hours of his weekend. He coaches all the children from 8 to 17 years old in his club. He's taken individuals from being able to ride a small part of a
circuit to now doing full laps of the velodrome with the rest of the session and the same goes for swimming. The kids really enjoy having him around has he always tries to make the sessions fun and relevant.

The club has seen improvements in performances due to the extra coaches and have an easy going environment. The sessions feels more relaxed.

He's thrown himself into the sessions and gives it everything.

Official of the Year - Phil Kethro

Phil has progressed through the officials programme and is now at NTO level. His due diligence to events and his approach is fantastic. Phil has assisted many to get to RTO level and continues to not only inspire officials to be the best they can but empowers them to view situations and make decisions to ensure they receive excellent development opportunities.

Phil is always available for others to ask questions and he shares his knowledge on how to proceed with officiating rules.

Simon has been recognised for his volunteering work. Since the start-up of Tinworks Tri club, Simon has been a driving force in creating a positive, collaborative ethos in the way they are developing and how they are collaborating with other Tri clubs, swim club and running clubs to enhance the Tri and multi-sport community in the Llanelli area. He has also volunteered directly with Welsh Triathlon supporting the staff at many events throughout the country.

The most recent example of simons volunteering work was the organisation and running of a charity swim in August. The purpose was to raise sufficient funds to buy a defibrillator for North Dock to benefit the open water and general community. He single-handedly led the whole event from concept to completion, raising circa £1,900 against a target of £1,500! It’s the ‘small touches’ that make Simon so deserving, such as
inviting the parents of a man who recently died due to heart issues, who swam in the event following a minute’s silence instigated by Simon. While they swam for the 100 mile target, Simon co-ordinated a parallel 100 mile group run around the open water they were swimming in, making for a truly collaborative multi-sport approach.

As a participant himself, Simon leads by example with a constant smile and energetic approach.

An extremely well organised club event with a great swim bike and run course with an abundance of marshals. A chance for novice and Elite to race in the same event and all have an amazing race day experience.

This event showed off the Port Talbot/Margam area beautifully. more local people had a chance to take up  triathlon after seeing the camaraderie of all the athletes and supporters, and with the entry fee kept low to allow those to participate.

From the excellent welcome and registration procedure, to the free bacon buttys and cup of tea at the end. Nothing was to much effort by all those invloved in making the day run smoothly.

Cardiff Triathlon is set in the Welsh capital city, a vibrant, stand out event in the Welsh sporting calendar. Held entirely on closed roads it’s a truly unique event, for both participants and spectators.

Both the cycle and run routes are fun and fast with spectators able to safely line the course and ring their bells (handed out by the organisers) making it an exciting and motivating race. Like all the best city triathlons the routes take in all the iconic points of the beautiful city with an amazing transition area in front of the Wales Millennium Centre and rounded off with a spectacular run along the Cardiff Bay barrage.

The event village is full of flags and banners making it feel like a world-class race. The marshals are the friendliest and come from many different local community groups.

The Event Village brings in spectators and creates an awesome atmosphere with food and drink, family activities, entertainment, shopping and massage amongst other things.

Cardiff University triathlon club have continued to provide participants with an opportunity to give triathlon and multi-sport a go. In their nature, 63% of people taking part in Cardiff Universities events have never participated in triathlon/ multi-sport activity before. Their events do not only engage with students,  but they also attract members from the wider community. Through their events Cardiff University triathlon club have not only contributed to the development of the sport, they have also committed to create greener events by reducing plastic waste as well as using any additional funds raised through their events to give back to causes such as cancer research. With a strong team of volunteers, the triathlon club have managed to facilitate amazing opportunities for people to take part in the sport, it is for this reason that they have been awarded GO TRI event organisers of the year

The work of these wonderful volunteers and clubs is invaluable. Most sports would not exist without them and triathlon is no different. Recognising and rewarding the volunteers by way of our awards is one of our ways to say thank you for all the hard work they put in year after year. We would like to thank everyone who took the time to nominate.