Why I Tri - Nicola Beck

Freezing cold, raining and blowing a gale. I am riding a “sit up and beg” shopping bike (without a basket!) around Eton Dorney lake on a Saturday in Feb 2013.

This was my introduction to multi-sport after being fed up sitting on the sidelines watching my husband “enjoy” himself for a few years.

Enter a Tri he said, sod off I said. But then again! Could I learn to swim and get round? I managed the duathlon at Eton, so maybe? 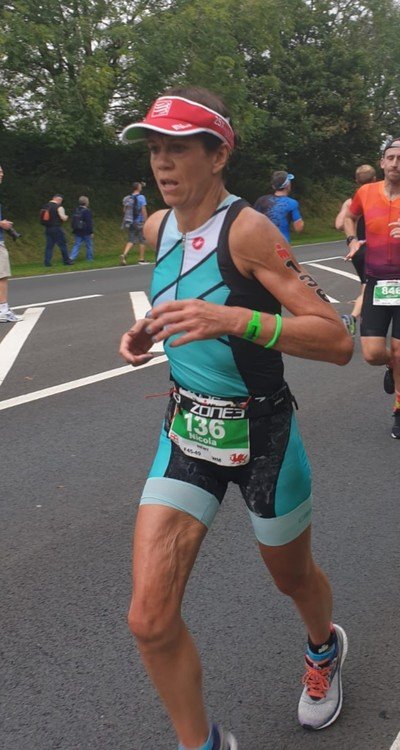 Llanelli Tri in May 2013 was my first open water triathlon. Stood in the water at the start sobbing in fear and being told, by a wonderful club mate, that it’ll all be ok. 900m, 30km & 5km later I was sweaty, tired and ecstatic to have finished.

A half Ironman followed in 2014 at the Cotswolds 113 (I think many of us did our first ”half” here - such a great friendly event) where I fell properly in love with triathlon.

I took the plunge the following year and entered a “big” one. Along with my Tri-bestie Kathryn and our now infamous “Don’t be ****” Welsh flag, I travelled to Kalmar in Sweden for the Ironman. What a day, what an experience and when Paul Kaye calls you home, in the square, under the lights and on that magic carpet, life doesn’t get much better.

2016 saw a very proud day as I pulled on the GB kit and competed in the Euro Middle distance champs at Herning in Denmark.  We had a storming weekend and the quality of the athletes there spurred me on to be the best I could be.

Now I’m a Welsh girl and triathlon here is mostly about Ironman Wales. It’s brutal, beautiful, hilly as hell and a right of passage for the brave in Wales. I had to give it a go.

2018 was my first bash. Had a decent race but missed a Kona slot by 150 seconds! Then I found out I had raced with a hernia and the GI issues and pain were not the usual things for Tenby. 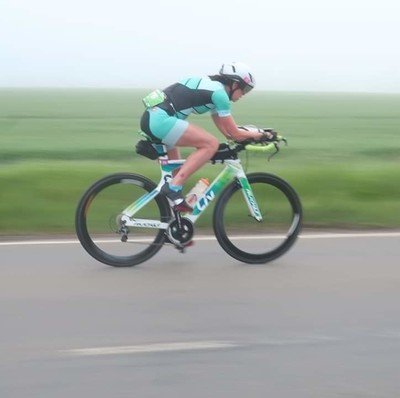 Roll forward a year and after a significant diet change, support from my awesome coach, Russ Cox and a hard hard year of swim bike run training I was ready for another crack at the dragon. But first a trip to Roth for Europe’s greatest race. Seeing Lucy Charles and all the other great pros gave me a real lift and I had a blast. A PB of 10h11m and a 12min AG  win was more than I could have dreamed of. Guess hard work and consistency pays off.

Time to face the dragon again. The weather was kind, the massive crowds sang so loud and Thunderstruck was playing as I entered the water. Swam well, biked hard and, for once, felt great on the run. So many loved ones, friends and strangers giving you love, power and positivity.   You really have to experience this race, it’s on another level. 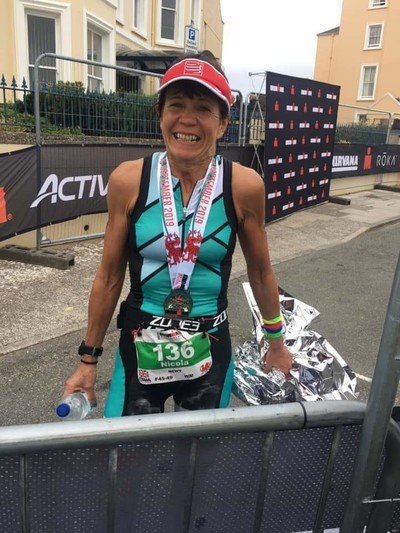 Job done, AG win by 54 mins. Joanne Murphy asked me if I wanted my spot in Kona???

I am so grateful to my awesome club, my coach and my training buddies for helping me along this journey.

Just want to jump into Kailua bay now and take on the big island.

Dreams are made of this. ❤️❤️❤️