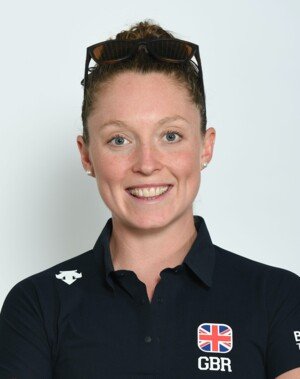 Non was a successful cross-country runner, who started studying Sport and Exercises Sciences at the University of Birmingham. In summer 2008 she changed to swim training because of an injury, and then joined the University’s triathlon club.

After moving to Leeds to join the British training group based there she soon became a regular on the international circuit. She started 2013 with a win in the ITU Madrid World Triathlon Series, before going on to win the Series Title in London. Along the way, she achieved podium finishes in San Diego, Hamburg and Stockholm.

Her first Commonwealth Games appearance came at the 2018 Games on the Gold Coast. Despite an injury impacted preparation, she manged a 8th place in the individual event before supporting her team mates to a 6th place in the team relay. In addition to her sporting achievements Non was also selected at the Team Wales Captain for the 2018 Games.

As one of the founding members of the now highly regarded British women’s world class squad Non is looking to crown her impressive career with a medal at the 2022 games in Birmingham.

Non's reaction to being selected.

"I'm so excited to be representing Wales at this years Commonwealth Games in Birmingham. Competing for Team Wales alongside my fellow Team Wales athletes is such a special honour and a career highlight, and with Birmingham being the city in which is started triathlon, this year is going to be even more special for me." 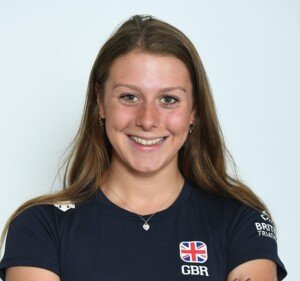 Olivia has achieved a lot for such a young athlete, with several top-five finishes in U23 ITU World Championship Grand Finals (2016, 2018, 2019). She has also taken gold in the Elite Women division at the 2019 Olsztyn ETU Sprint Triathlon European Cup as well as a number of Junior ETU European Series gold medals (2014, 2015, 2016).

She represented Wales at the 2018 Commonwealth Games and secured silver medals at the 2019 ITU U23 World Championships.

Olivia was added to the World Class performance squad for the 2018 season having achieved some impressive junior results in 2017, including sixth at the ITU World Championships in Rotterdam. In 2018 she stepped up to U23 level, and the longer, Olympic distance racing seems to suit her.

Having experienced her first CWG representing Wales in 2018 as part of the team relay she has her sights firmly set on being selected to represent Wales in both the individual and Team Relay event in Birmingham.

Olivia's reaction to being selected.

“It’s amazing to be selected for Team Wales. I raced the relay event in the Gold Coast in 2018 and really looking forward to racing the individual and relay this time round.” 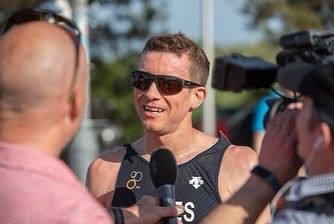 Rhys is set to make history as Wales first ever Paratriathlon competitor at the CWG. Having grown up playing football, basketball and being a keen runner, Rhys entered the world of Paratriathlon in 2019 via a talent ID day.

Rhys had a standout year in 2021, securing podiums at Paratriathlon World Cup and domestic national championships, which led to him qualifying for the games in Birmingham.

Alongside his training and racing Rhys balances a busy family life as a husband and farther to two children and his work as a Consultant Psychiatrist.

Rhys reaction to being selected.

"I am honoured and proud to represent Wales at the Commonwealth Games with my guide Rhys James. It has always been a dream of mine to represent my country and this means the world to me". 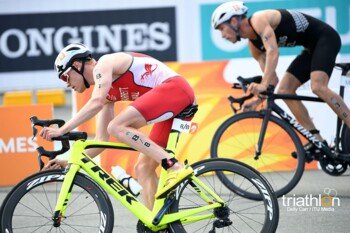 Iestyn Harrett began his career by winning the British Youth Championship (IRC) at the age of 16 before working his way through the youth & junior ranks.

In 2018, Harrett represented Wales at the Commonwealth Games, progressing from this, he then went on to compete for GB at the European Cup and World Cup level before culminating with his second major games, competing for Great Britain at the European Games held in Glasgow.

2018 also saw Harrett podium at a European level, Weert ETU Cup and win the prestigious Blenheim Palace Triathlon. The following year brought more results for Harrett across Europe with a top 5 performance in Holtan European Cup and a win at the British University Championships. Concluding the season as the highest ranked Welsh male athlete in the world and ranked 8th in the European Cup rankings.

Despite an injury impacted 2021, Iestyn has done everything he can to be selected for the 2022 games.

Iestyn reaction to being selected.

“I am immensely pleased to be representing Wales at this years Commonwealth Games. It the second games where I will be able to don the red suit and compete for my country which is something that makes me incredibly proud. With the games being held in the UK I’m looking forward to racing in front of a home crowd.” 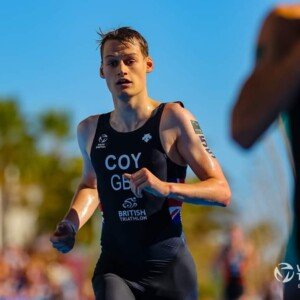 Still in the early stages of his Triathlon career Dom has already show potential as a star of the future. He started doing cross-countries in local school league at age 5, with his first triathlon at 8, joining Leeds and Bradford Tri Club shortly after. From there, he competed in the Yorkshire Junior series, qualifying for the IRCs in 2014, 15 and 16 before moving up to Youth level and being selected for the 2019 British European Youth team.

Since moving to Cardiff in 2020 to join the NTPCW squad and study Civil Engineering at Cardiff University Dom has gone from strength to strength with a breakout 2021 season culminating in a junior world medal.

Dom started 2022 off with back-to-back victories at the Welsh Varsity Biathlon and BUCS Sprint triathlon. It will also be the year he gets to put on the Welsh kit for the first time at the Commonwealth Games.

Domonic reaction to being selected.

"I'm super proud and excited to represent Wales at my first major games, and am looking forward to seeing how I stack up against some of the top triathletes in the world and race alongside my teammates to put out the best possible performance for our Welsh team." 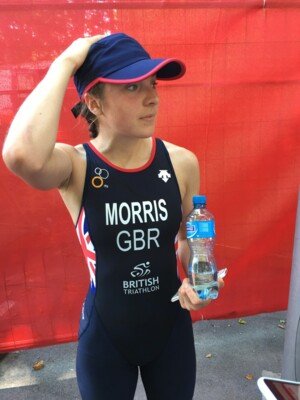 Issy started Triathlon when she was 11, after competing in a few Biathlon's . Alongside Triathlon she grew up playing a variety of sports including football, hockey, netball, swimming, running, tennis and gymnastics, deciding to take triathlon more seriously from the age of about 15.

After coming through the Welsh Triathlon pathway Issy joined the squad at the NTPCW and immediately started to make an impact on the domestic and international scene.

Issy reaction to being selected.

“It’s always been a dream of mine to represent Wales at the Commonwealth Games, and to be selected for the team is a real honour. I’ve had a tough year in 2021 due to illness and injury and whilst it’s been tough working my way back to full fitness it’s definitely taught me never to give up and I can’t wait to put on that Welsh trisuit and race!”