Déjà vu as Lloyd and Munday take the spoils at Steelman

With stage 2 being the Welsh Triathlon Standard Distance Championship, there were prizes on offer across categories with the fast and furious flat course.

With the cameras on show, the beach start saw a wave of 150 competitors head West in the chilly waters of Eglwys Nunydd reservoir. With a lead group of about 6 forming off the front, it was Cycle Specific’s Andrew Horsfall-Turner who exited first, 37 seconds ahead of his closest rival. In fact, Horsfall-Turner, who pulled away in the last 400m of the swim exited T1 before the remaining lead group entered. Caerphilly’s Kieran John was next out, swiftly followed by the NTPCWs Chris Silver and Josh Lewis, ATAC’s Olly Simon and last week’s winner Liam Lloyd. Within this group was also the first woman out of the water, Hannah Munday, swimming over 2 minutes faster than her closest rival in the women’s field, once again giving her a strong platform to attack from. 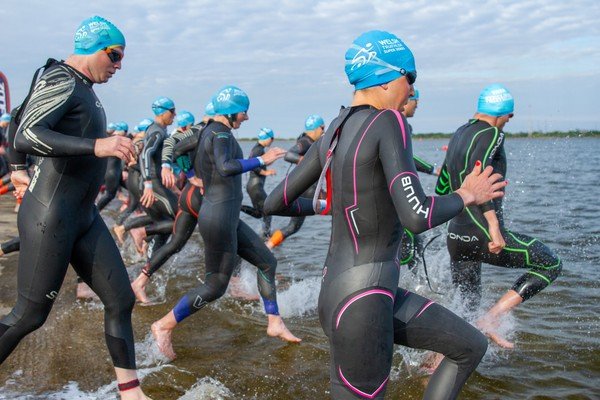 Lewis appeared to be having some difficulty getting out of his wetsuit in T1 as the rest of the group made their way out on the bike, Lewis joining them 30 seconds after. By this stage, the front three featured Silver, Simon and Lloyd who had clawed back some of the lead. Silver and Lloyd demonstrated their class on the bikes both clocking sub 59 minute splits. Both athletes showed how they have represented Wales at the Commonwealth Games and it was Silver who returned to T2 5 seconds ahead of rival Lloyd, but Lloyd dipping ahead within T2 exiting 5 seconds ahead of Silver as they went out on the 10k run. Olly Simon maintained his lead on Lewis throughout the bike and exited T2 30 seconds ahead of Lewis, with initial race leader Horsfall Turner returning to T2 in fifth place. 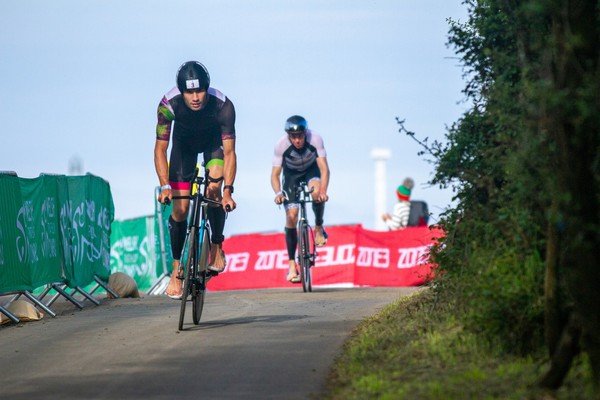 When Munday returned from the women further in the race, it was NTPCWs Florence Swan, GOG Triathlon’s Rhian Roxburgh and Ailsa Beck from the University of Sterling who returned next. However, with the clock ticking, Victoria Baker of Monmouth Triathlon Club, who had set off in Wave 3 was well within the mix clocking the fastest bike split, edging Munday in that discipline by 54 Seconds.

As the lead men went about their run, the front runners Lloyd and Silver were returning for their second lap as some of the experienced club riders were entering T2. It was Lloyd who backed up last weeks victory with a 30.14min 10k run, stretching away from Silver on the second lap to take the spoils. Silver, who was disappointed with his performance in Llanelli can be happy with his showing as he crossed in second place 1minute 11 seconds behind Lloyd, having finished his 10k in a time of 31.24. The race for third however was in full swing with Josh Lewis pulling back Olly Simon on the first lap of the run and came in third overall in a time of 1:57:26, 58 seconds ahead of fourth place Simon.

As Munday crossed the line first for the ladies, with a time of 2:10:04 securing first place. We saw Victoria Baker, who came through in second place with a time of 2:11:21, clocking faster bike and run splits than the overall winner. It would be interesting to see what happens when they come face to face in the next race. GOG Triathlons Rhian Roxburgh crossed in third place, a week after coming second in her age category at Ironman Majorca 70.3 last week, with Florence Swan and Helen Marshall following up.

Across the other categories where National Championships were also up for grabs, it was down to the other Welsh Triathlon members racing to fill the podium spaces. Within the women’s Senior category, Eloise Crowley, Katie Greenwood and Jasmine Bowyer took the spoils, with Andrew Horsfall Turner joining Lloyd and Silver. Helen Marshall (IntrTri) and Eleanor Davies (Clwb Beicio Bala) joined Rhian Roxburgh on the female40 podium, as Olly Simon topped the male40, flanked by Richard Wilder (Ufit) and Paul Lewis from Port Talbot Harriers.

Welsh Triathlon would like to thank the Port Talbot Harriers for hosting a fantastic event, with plenty of marshals visible across a well-structured course. 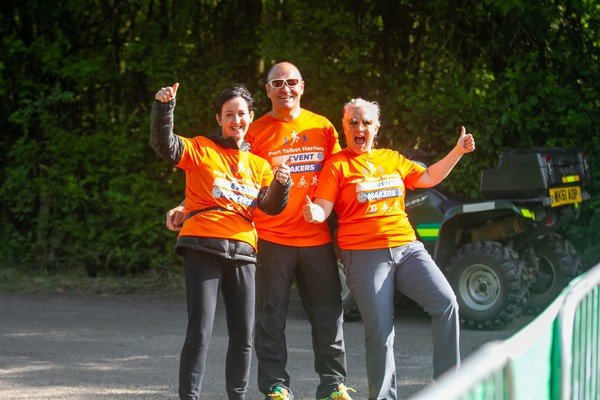 Our next National Championship will take place at the SWYD Barry Triathlon on Sunday 26th May, where Welsh Triathlon will be piloting their new ‘Tim Tri Cymru’ representative team. This will see category winners and some of the top performers selected to fly the Dragon at the British Sprint Championships in Nottingham on Saturday 15th June. Our new Representative Tri-Suit can be seen below, and the hope is that if this pilot is successful, we Welsh Triathlon could potentially roll this put across other National Championship Races in 2020. For any further questions regarding the Tim Tri Cymru, contact the Welsh Triathlon office, but those of you already registered for the SWYD Barry Triathlon, you should have received all the info you need! 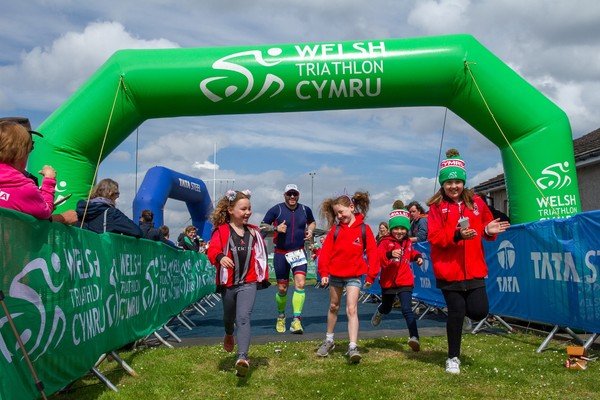