This weekend (Saturday 31st) will see the Activity Wales Gower Standard Triathlon host the penultimate stage of the 2019 Welsh Triathlon Super Series, which could see Liam Lloyd secure the series with a victory, whilst the return of Hannah Munday is sure to see the female series go down to the wire. 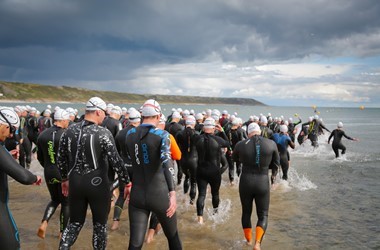 Having returned to South Wales from the challenge of the Snowman last time out, The Gower landscape will offer a challenge to all athletes as the Welsh Super Series reaches its conclusion. With the sea swim in Port Eynon bay, a 37km rolling bike course along the Gower peninsula and a two lap 10km run course around the village of Port Eynon, the series front runners will need to be on top form in order to complete another picturesque stage.

Liam Lloyd enters the male race as favourite, having won his three previous outings in the 2019 season. Chris Silver will be high on confidence following his victory at Capel Curig and last years defending champion Alex Matchett will want to put the ghosts of Moel Siabod behind him as he will look to bounce back on a course which replicates his home patch of Pembrokeshire. With Josh Lewis also looking to bounce back from his Northern nightmare, as well as the return of Sam Wade, the male field is one of the strongest of the season so far and fireworks can be expected. 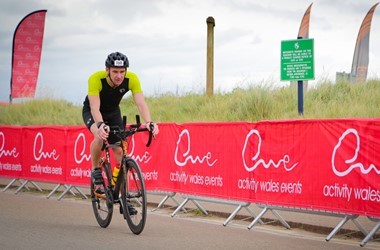 The female series is still wide open with two stages to play. Current race leader Rhian Roxburgh rests this weekend having secured 265 points from her first three races, leaving the final stage at the Sandman her last attempt to gather points. This leaves the door open for the rest of the field, with Florence Swan, currently in second fifteen points behind Roxburgh looking to top the series standings with a strong showing this weekend. Her NTPCW team-mate Rhiannon Middleton will also be looking for a strong showing to consolidate her top three position. Saturday also sees the return of Hannah Munday, winner of the first two stages in Llanelli and the TATA Steelman this year returning from a recent injury, so she too will be looking for a strong performance to set up the finale in the North in three weeks-time.

Race Director Scott Powell of Activity Wales Events is “really excited to host stage 5 of the Welsh Triathlon Super Series. We’re passionate about Triathlon and where we deliver our races and the Gower is one of our best locations. We can’t wait to deliver a successful stage to what has already been a great series”.

The Race starts this Saturday at Port Eynon from 8:00am, with the bike course taking in most of the Gower Peninsula before returning for the run and the finish on Port Eynon sea front. Be sure to make your way to Port Eynon in plenty of time to see the action.

Current* Super Series Standings can be found here at the bottom of the news article.

*A fully updated standings will be available following the Gower Standard Event. All participants are then asked to review their individual scores as no changes will be made during the week leading to the Final Stage at the Sandman in Anglesey.